Andros Nicolaides was a man of principle since the early days of his life. He joined the fight for the liberation of Cyprus from colonial rule at a young age and at great risk for his life.

Those of us who had the privilege of knowing him and working with him will remember his commitment to the independence and territorial integrity of the Republic of Cyprus, and the protection of the rights of its citizens. More than that, we will remember him for his diplomatic skills, his well informed and articulated positions on issues affecting Cyprus and his untiring dedication to his work. He expected a lot of himself, and inspired his associates to do the same. 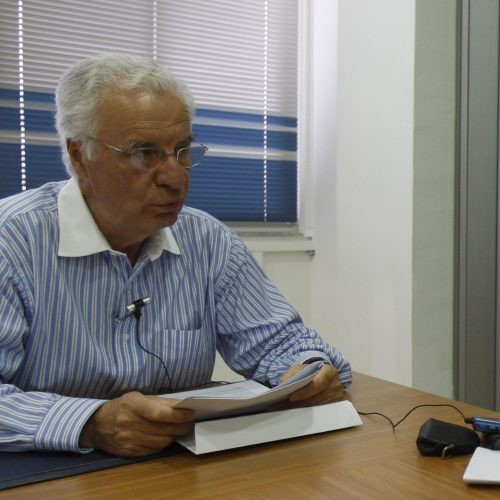 His recommendations and analyses of international politics showed the depth of his understanding of issues affecting Cyprus and the world.

Andros was never afraid to provide balanced assessments to all Presidents and Foreign Ministers under whom he served during his long diplomatic career. He did so with honesty, without partisanship, always keeping the interests of Cyprus to the forefront. In all his postings, Andros developed lasting friendships with local political leaders and influential citizens. His service was recognized by governments of many countries in which he served. He was one of the few diplomats I know who was so well connected in the countries in which he served. I remember well his untiring work in Washington during crises such as the Turkish invasion of Cyprus, the Turkish arms embargo, the crisis over the S-300’s, and so on.

His wife Ero and his daughter Melina were important partners in his successful diplomatic career.

Following his retirement from the diplomatic service he remained a faithful observer and analyst of international politics. I only wish that Cypriot governments had utilized his knowledge of people and issues in an advisory capacity.

Those of us who were privileged to know Andros Nicolaides have lost a friend, a mentor, and a companion in the continuing struggle for the rule of law in international affairs. Andros Nicolaides gave so much because he believed in the Republic of Cyprus and in Cypriot Hellenism.

My thoughts and prayers go to his family. He may be gone, but his memory will guide all of us who still believe in the Republic of Cyprus, a Republic free from Turkey’s occupation.