”President Joe Biden’s decision to withdraw the US military power from Afghanistan by September 11, 2021, the anniversary of the destruction of the Twin Towers, seems to me to be a geopolitical and moral slippage and does not live up to the values of human rights protection that the new American President commendably honors.

Abandoning the Afghans once again to the fanatical obscurantism of the Taliban and the possible resurgence of Al Qaeda will damage the prestige of the US, with obvious geostrategic implications in the region in relation to China, nurture schemes of international Islamic terrorism and undermine the credibility of Western democracies.

Afghanistan has been and remains a tormented country: over the last 40 years its inhabitants have become the instrument of foreign major powers as well as neighboring states that promoted their own interests, while during the Cold War they were used as proxy in the vortex of the American-Soviet conflict.

Their abandonment has moral implications. The Americans’ withdrawal is clearly based on the assumption that the Taliban and al-Qaeda no longer pose a threat to homeland, the US. And the Taliban are already celebrating: “We won the war. America lost.” In fact, Afghanistan and its people have lost again.

That was the message I sent the other day to friends and old colleagues at the UN. 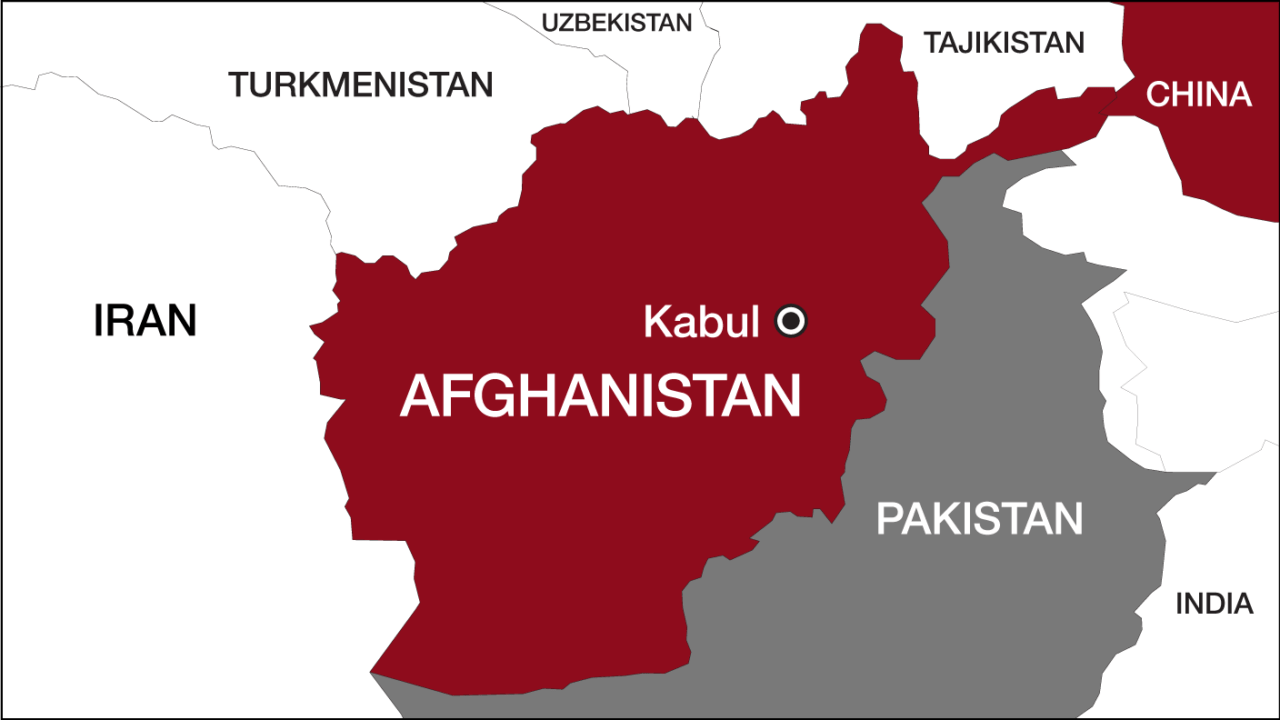 The questions today are 1) what prompted President Biden, who many compare to F. Roosevelt, to make this decision and how he sees the future relationship with Afghanistan, 2) what the developments in the region will be and what future the Afghan men and particularly women will face if the Taliban seize power in Kabul.

Since the emergence of the Taliban in 1994 has been one of the causes of my resignation from the UN after two and a half years in the region as the Secretary-General’s envoy for Afghanistan and Pakistan I will try to give some answers.

President Biden, both as a senator and as vice president, perhaps because of anti-militaristic ideology and the Vietnam experience, has always been against long-term military operations with no end in sight. Announcing his decision on April 14, he said America cannot continue its military presence in Afghanistan indefinitely in the hope of creating ideal conditions for withdrawal. There are other dangerous outbreaks in the world that the US is called upon to focus on. “We will impress our opponents if we engage in the battles of the future 20 years rather than the past 20 years,” the American president said. And as the American representative pointed out at a news conference in Kabul on 13 April, the purpose of the military intervention in 2001 has now been achieved. The organizers of 9-11 were punished, Afghanistan ceased to be the base of terrorist attacks and his country (the homeland) is not in danger from al-Qaeda. He added that the US would help reach an agreement on peace between the Afghan government and the Taliban but would not use troops as a bargaining weapon. In response to questions, he added that with diplomatic, humanitarian and economic measures his country would protect the gains of women in Afghanistan in the field of human rights.

President Joe Biden in his first 100 days has restored the prestige of his country and took wise and progressive measures honoring democratic and humanitarian ideals. In the case of Afghanistan undoubtedly took also into account Trump’s agreement with the Taliban for a total withdrawal on May 1, 2021. He had also several consultations. It is considered that both the Pentagon, the CIA and certain diplomats and congressmen have reservations about what will happen after the departure of the 2,500 American soldiers. The head of CIA stressed that the ability to detect from far threats from the Islamic State (IS) would be seriously reduced as it would be exceedingly difficult to get and access information about the Islamists’ movements. Several top military and experts in the region thought that the withdrawal could allow a weakened al Qaeda to regroup. Others thought that the Afghans should be given the primary responsibility to deal with the future of their country and the US should offer only economic and diplomatic assistance. .

The question is what will happen after the withdrawal. Future developments can be predicted by the Taliban’s reaction over the past week, and mainly by their behavior over the past 27 years. As they believe they have “kicked out” the Americans, leaders like Mohammad Naeem insist that they do not need elections in Afghanistan because they do not fit the country’s customs and tradition. And he adds that until all foreign powers are completely withdrawn, the Islamists will not participate in a conference that will make decisions about Afghanistan. Thus, the Taliban have refused to take part in the UN-sponsored Istanbul conference, postponed first until 24 April and now sine die.. . It is not yet known whether the appeals and pleas of the UN, Turkey, Qatar and even Pakistan will succeed in persuading the Taliban to negotiate. They are obviously waiting for the moment when Kabul will fall like a ripe fruit into their hands a few months after next September. Moreover, they have announced that they will re-establish the ‘Islamic Emirate’ and of course it is unknown what will be left of the social and economic progress achieved in recent years at least in the urban centres of Afghanistan and in terms of the position and treatment of women. But it is also not known what will happen to many Afghans who were in government or working for Americans or other foreigners. M. Polymeropoulos, a CIA retiree, remembers the dozens of Afghan associates of Western forces hanged by the Taliban at the Kandahar stadium in 2002…

Twenty-seven years ago, when the Taliban appeared initially in the Kandahar region, I was still in Islamabad in my UN office and I tried to gather information from various sources about the new unknown force: from Pakistan’s Interior Minister, who called them “our children”,  to UN officials in Kandahar who were shocked at the time by the fanaticism and barbaric actions of the Taliban.  After two years of civil conflict following the fall of communist President Mohammad Najibullah in 1992, the Taliban, namely, military-trained students at Islamic theological schools (talib), mainly from Pakistan, occupied Kandahar, Afghanistan’s second-largest city, with the promise of order, security, peace and strict adherence to the Koran’s checks. This was the case in the fall of 1994 and at first the Taliban were welcomed with relief by the war torn population until the callous, brutal and extreme imposition of sharia including bans on women’s activities and education reduced their popularity, breeding resistance and frustrating their total conquest of the country.

Remarkably, as the Taliban-led peace process seemed that would facilitate American business and other projects, the US was initially quite friendly – until al-Qaeda staged the first attack on American soil on 11 September 2001.

The punitive intervention of the Americans and NATO that followed, removed the Taliban from power but it was not accompanied by a nation building plan, perhaps due to the change of orientation of the Bush-Cheney administration towards the oil-producing Iraq. The result is that the Afghan governments   suffering from many weaknesses failed to exercise effective, fair and full power as the Taliban, who had not been effectively defeated, resurged in certain provinces and resumed terrorist acts in the cities. Consequently ten of thousand American and other  NATO military forces returned to the country.

The Taliban, who now control at least a quarter of the country, have about 85,000 fighters, are infiltrating cities engaging in bloody acts of terrorism, assassinating  intellectuals, judges and journalists. Three thousand civilians have been killed in 2020 since negotiations in Qatar between the Taliban and the Americans began. In the first three months of 2021, victims increased by 30% from 2020: among them, in a recent attack on a maternity hospital, 16 mothers, doctors and infants were killed.; 22 students and teachers also lost their lives in a similar way.

It is generally accepted that the Taliban are terrorists and should not seize power and at the same time that they will not stop terrorizing if they do not share power. The only solution seems to be is a negotiation in which the elected afghan government of President Ghani as well as the civil society actively participate. At the same time the neighboring countries, particularly Pakistan, should collectively and under the monitoring of the United Nations agree to promote and support the intra-afghan dialog while the US and other western counties provide economic and military assistance to the government and the future transitional authorities. Needless to say such a process would be exceedingly hard,

Yet abandoning the Afghans in a precarious situation without the presence of at least a small military force to support the government towards the negotiations is breaking the promise made by the Americans when they entered Afghanistan 20 years ago. The Americans and the West in general have a moral duty to the Afghans whom they used as proxy to bleed the Soviet Union during the Cold War, extracting probably a revenge for the Vietnam tragedy. The Afghan resistance against the Soviet invasion caused tens of thousands deaths of Russians and many more Afghans along with a totally ruined country. The Afghans were abandoned when the Soviets withdrew in the late 1980s, again when the Taliban prevailed in mid 90s and again now when their attempt, albeit incomplete and uncertain, to form a modern Islamic but democratic state is threatened by new waves of civil war.

A new civil war and a probable Taliban victory, might regroup Al Quaeda and will certainly  produce millions of new refugees, among them the educated, the entrepreneurs, the hope for a free society that protects the rights of men and women of Afghanistan.