A Photographic Exhibition, featuring the work of Sebastian Rich

On the occasion of World Refugee Day 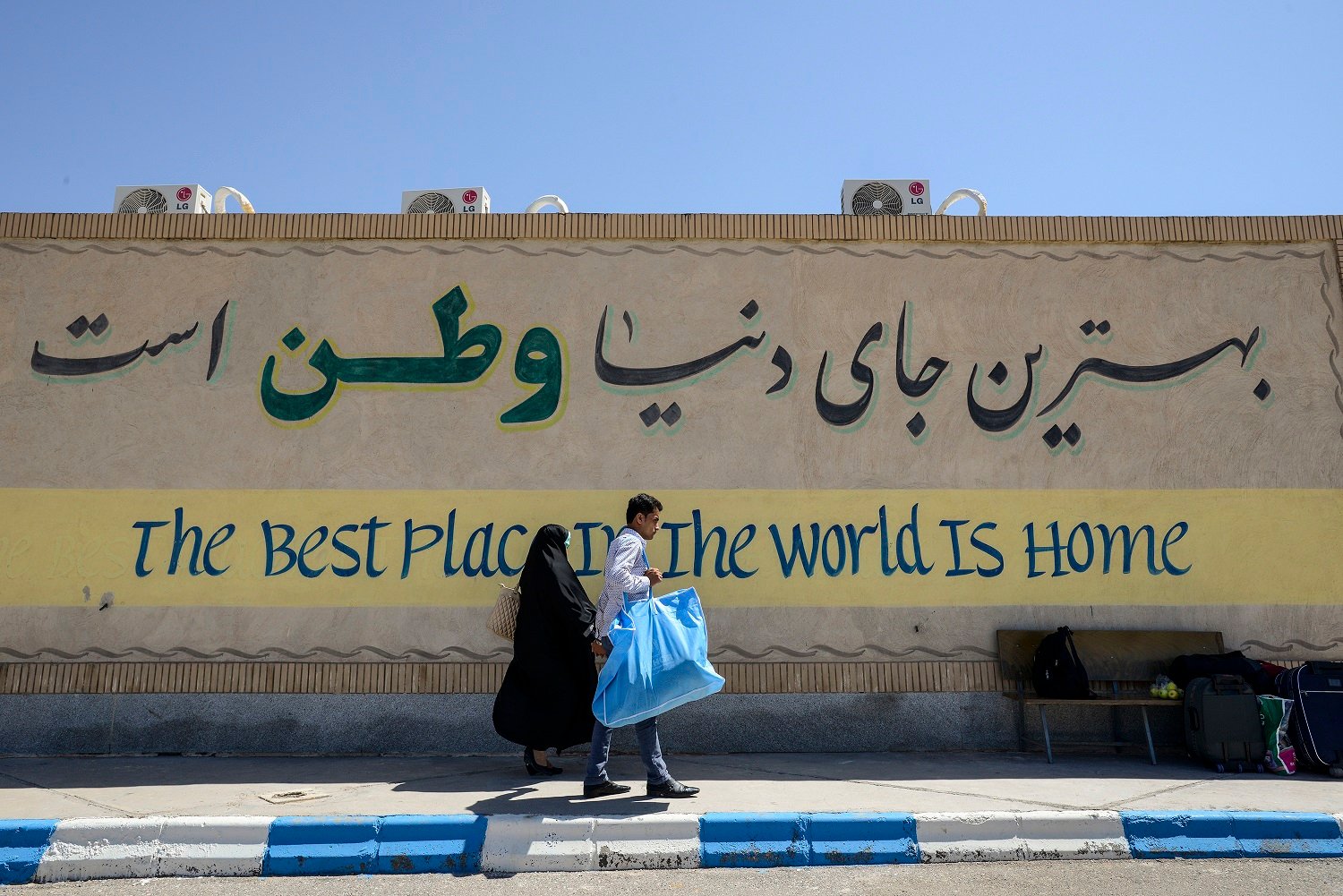 On the occasion of World Refugee Day 2022, the UNHCR Country Office in Cyprus and Universitas Foundation present the photographic exhibition Fleeing to Safety, by Sebastian Rich, curated by Stefanos Kouratzis.

The exhibition launch is taking place on Monday, 20 June 2022 at 19.00 hours, at Kastelliotissa, the historic building situated within the walled city of Nicosia, opposite Paphos Gate.

Visitors are invited to explore the photos of refugees, asylum-seekers and other forcibly displaced persons captured by Sebastian Rich in Cyprus and around the world. During his career Sebastian Rich has photographed most humanitarian crises caused by war and conflict globally, shedding light to the lives of refugees; their pain and suffering, their dreams and hopes. The personal stories and portraits, featured in the exhibition, are a stark reminder that every person has the right to seek safety– whoever they are, wherever they come from, and whenever they are forced to flee. 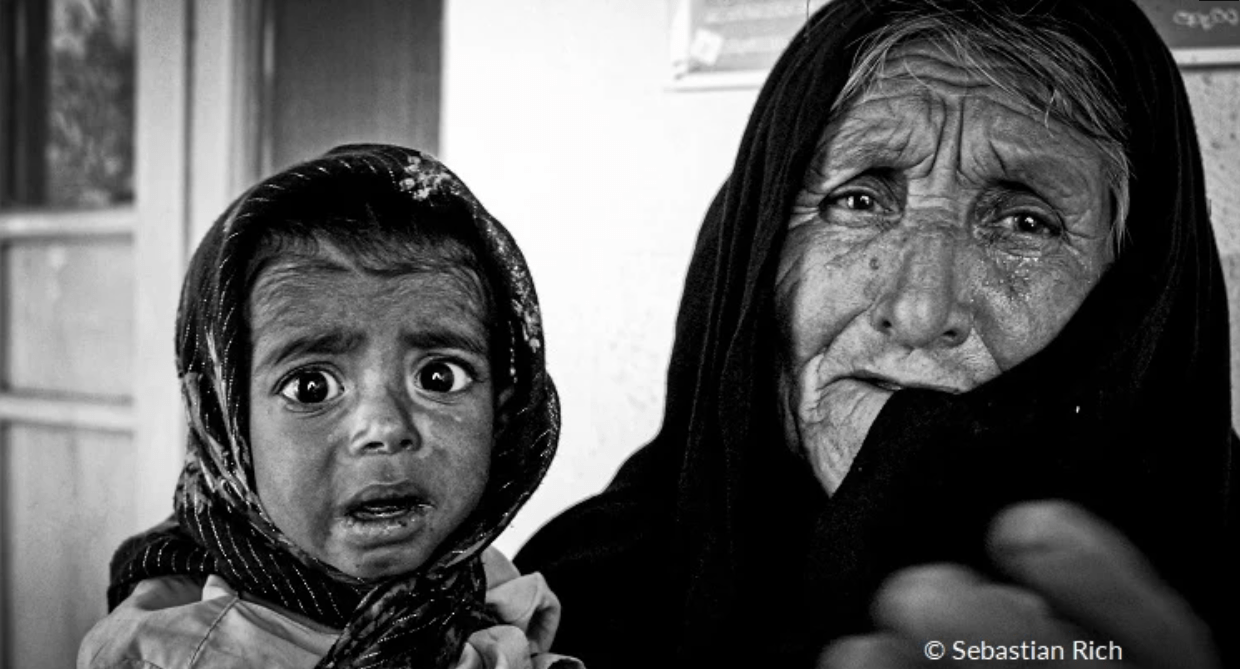 More than 100 million of children, women and men are forced to flee conflict, violence, human rights violations and persecution around the world. Therefore, it is important to address and resolve the underlying causes that force innocent people to flee their homes. Meanwhile, it is equally important to protect people forced to flee and to reaffirm their right to seek asylum with safe access, respect and dignity.

Sebastian Rich has been a photographer and cameraman in hard news, documentary and current affairs all his working life. He has filmed and photographed every major war and conflict, including in El Salvador, Northern Ireland, Afghanistan, Sudan, Ethiopia, Lebanon, The Gulf, Bosnia, Palestine, Iraq, Afghanistan, Syria and Pakistan and most recently Ukraine. Sebastian was honoured with the prestigious Royal Television Society’s Cameraman of the Year award for his dramatic pictures of war and famine throughout Africa.
“Probably the finest news cameraman and photographer of his time…” – Jon Snow

The Universitas Foundation was established in 2016, having as its main mission the promotion of knowledge for purposeful change in the world. The Foundation aims for knowledge which can be put in the service of worthy causes such as sustainable development, democracy, open and transparent institutions, multicultural cohabitation, peaceful coexistence and respect for civil and human rights.

Every year on June 20, the world marks World Refugee Day to honour the strength and courage of people who have been forced to flee their home country to escape conflict or persecution. This year, the focus is on the right to seek safety. World Refugee Day is an occasion to build empathy and understanding for the plight of all those who are forced to flee and to recognize their resilience in rebuilding their lives. While it is important to protect and improve the lives of refugees every single day, international days like World Refugee Day help to focus global attention on the plight of those fleeing conflict or persecution.

Dear friends – good evening and thank you for joining us in this photographic exhibition launch.

My warm thanks to Sebastian Rich, the photographer whose humanitarian work is exhibited here, Mr. Peristianis of the Universitas Foundation for joining forces with us and  Stefanos Kouratzis who curated this exhibition.

Today is World Refugee Day, a day to honour the courage, strength and contributions of the millions of people around the world who have been forced to flee their homes due to violence, war or persecution. It’s a day to remember that with help from welcoming communities and neighbours, people can rebuild their lives and their networks, and even thrive.

Recently, we marked a grim milestone: the number of people forced to flee conflict, war, persecution and human rights abuses crossed the 100 million. This year alone, the war in Ukraine has displaced more than 15 million people within and outside the country’s borders. In addition, other emergencies form Africa to Afghanistan and beyond, pushed the figure over the dramatic milestone of 100 million; a figure that few would have expected a decade ago.

These numbers are staggering, and unacceptable. And they must serve as a wake-up call to resolve and prevent destructive conflicts, end persecution, and address the underlying causes that force innocent people to flee their homes.

In the meantime, we must all commit together to protecting each and every person forced to flee .

The photos that we’re inviting you to explore are those of  refugees, asylum-seekers and other forcibly displaced persons captured by Sebastian Rich in Cyprus and around the world during his long career. They reflect the personal story of the millions of the forcibly displaced;  the story that lies behind the numbers;  a story of pain and suffering but also of courage and resilience, a story of dreams and hopes despite all odds.

These photos are a stark reminder that every person has the right to seek safety– whoever they are, wherever they come from, and whenever they are forced to flee.

We all share responsibility to protect people seeking safety and ensure the following five principles laid out in international law, are never violated.

Everyone has the right to asylum, or to seek protection from violence or persecution in a country other than their own.

Countries must not block access to those seeking refuge.

No one must ever be forced back to the country where their life or freedom would be at risk.

People must not face discrimination at the border or during the asylum process. All applications for refugee status must be treated fairly, no matter the race, ethnicity, gender or country of origin of the applicant.

And like all human beings, people forced to flee must be treated with dignity and respect.

I thank you for being here and for standing with refugees!

Good evening [to all],

On behalf of Universitas Foundation, I wish to welcome you all to this photographic exhibition on the occasion of World Refugee Day.

Before some brief comments I wish to make, I would like to thank UNHCR Cyprus for co-sponsoring this event and especially Emilia Strovolidou for being such a great collaborator.

Special thanks go to Sebastian Rich for his impressive photos, bringing to life the refugees depicted on the various images. A great professional, Sebastian has travelled to the most dangerous war zones in the world, to give us a glimpse of how others suffer – ‘Fleeing to Safety’. Last but not least, I wish to thank Stefanos Kouratzis for curating this exhibition and putting his heart into it’.

There are so many of them…

So much pain, for so many…

And for the receiving countries, so many more pressures…

We, here in Cyprus, seem to have reached a stage where the previously positive or indifferent attitudes are becoming more and more negative because of the increasing numbers we are receiving. To some extent this is understandable. Too many refugees means too many pressures and possibly too many problems… Yet, we must always remember that these ‘many’, these large ‘crowds’, or ‘masses’ of refugees are constituted by separate individuals, each having a unique identity, each having been forced to flee, and each suffering separately a personal loss, a personal pain…

Indeed, this is what Sebastian’s photos are all about: the refugees as unique individuals, as unique couples, as unique families…

Each photo reminds us of how we humans are each unique, each valuable, each fragile. And that is precisely why we need to support each other, remembering our common humanity.

As the rock group U2 put it:

We get to carry each other,

By Warsan Shire (a British-Somali poet)

No one leaves home unless

home is the mouth of a shark

you only run for the border

when you see the whole city

… you only leave home

when home won’t let you stay.

no one would leave home unless home

chased you, fire under feet,

hot blood in your belly…

… you have to understand,

no one puts their children in a boat

unless the water is safer than the land.

who would choose to spend days

and nights in the stomach of a truck

unless the miles travelled

meant something more than the journey

[meant, in other words, safety…]

Thank you all for being here tonight, honouring us with your presence.

Thank you also to the UNHCR country office in Cyprus, Universitas Foundation and, of course, Sebastian Rich for bringing us this exhibition.

Allow me to start by borrowing a few words from Ronald Barthes’s book, Camera Lucida.

“The Photograph is violent. Not because it shows violent things but because on each occasion it fills the sight by force and because in it nothing can be refused or transformed”

Sebastian uses his authority as a witness, to weave into our memory, and into our perception, images of distant realities.

As he explores the sites of conflicts and their politics, he adds evidence to history.  He illuminates the scene as he visually documents abuses and violations, of multiple forms, where the victims come horrifyingly face to face with forces beyond their control and comprehension.

His photographs are a tangible painful reminder of people being mistreated.

The violence behind Sebastian’s images isn’t necessarily visible, but it is nonetheless understood.

Each one of these images – and believe me many were left out due to their cruelty or brutality – they are a reminder of things we often oversee or forget to look at.

There are times when, through Sebastian’s pictures, we see the suffering of each individual as they flee to safety.

And when they managed to do so, forced by many reasons to leave their homes, we see their longing for return and their algos of nostos as they dream of a return to their own Ithaka.

These captured moments, so far away from us yet full of energy and information, contribute to our social collective memory. They urge us to stop being complacent and act.

Sebastian, reminds us that photography continues to be, perhaps, the most important medium that shapes our perception of the world.

He brings us stories he recorded, isolated, and preserved visually in moments that existed, and in many cases still exist, and offers them to us as revelations.

Thank you all so very much for coming tonight!

The good news is that so many of you were able to make it.

The bad news is that at the beginning of this month of June the number of people in the world displaced by war and persecution has risen to a staggering one hundred million!

One hundred million, half of them children also in that frightening statistic a largely forgotten ten million disabled people. We have to ask ourselves just how did we get here!

At this exhibition I urge you to forget about the so-called art of photography or the photographer but to look into the eyes of the people on these walls and try to imagine the pain and anguish they have been thru, and are in most cases still going thru.

No one chooses to be a refugee!

Unfortunately in recent years there has been a disturbing paradigm shift in the way some governments have weaponised the plight of refugees for there own political gain.

With that in mind I would like to read you a short poem that I wrote while choosing images for this exhibition.

I have buried my children

I have buried my husband

I have cried constantly

I live in fear constantly

I want to smile constantly

I want to laugh constantly

I am a refugee; I did not choose to be

I am the same as you

Why do you fear me constantly?