The European city under occupation” directed by Michalis Georgiadis.

The documentary endeavours to provide an insight into the history, culture, the Turkish invasion and eventual occupation of the town of Kyrenia, not only for people living in Cyprus, but also Greece and other countries of the world. 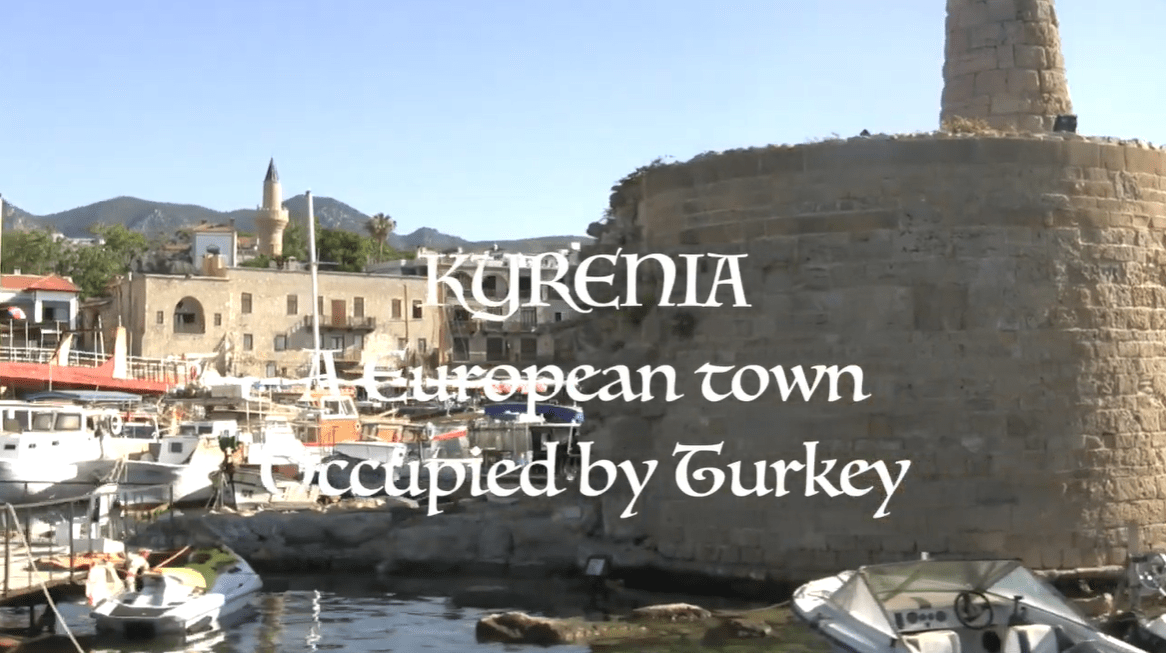 The documentary, available in Greek, English and German, presents the town of Kyrenia, the invasion, the occupation, the colonization, the refugees, the destruction of the cultural heritage and the natural environment of our city and the district of Kyrenia by the Turks.

The injustice and illegal acts committed by Turkey are exposed through interviews such as that of US Senator Mr. Menendez, the Vice-President of the European Parliament Mr. Castaldo, lawyer and former MP of the Republic of Cyprus and honourary citizen of Kyrenia, Mr. Angelides and Kyrenian activist Mrs. Titina Loizidou.

A special thanks to Kyrenian and honourary mayor of Kyrenia, Mr. Philip Christopher and to the Kyrenian MEP Mr. Costas Mavridis for their valuable contribution to the making of this production. We would also like to thank the young Kyrenian composer and music producer George Karpasitis, who lives and works in Los Angeles, California, who composed the music for the production free of charge, considering it, as he says, a privilege to contribute to a project about his motherland and home town Kyrenia.