KYIV, Ukraine — Hundreds of Ukrainian nationalists held a torchlight march in the capital of Kyiv to mark the birthday of Stepan Bandera, the leader of a rebel militia that fought alongside Nazi soldiers in World War II.

The Sunday march came amid persistently high concerns over Russia’s massing of troops near the Ukrainian border, which many believe could be a prelude to an invasion. 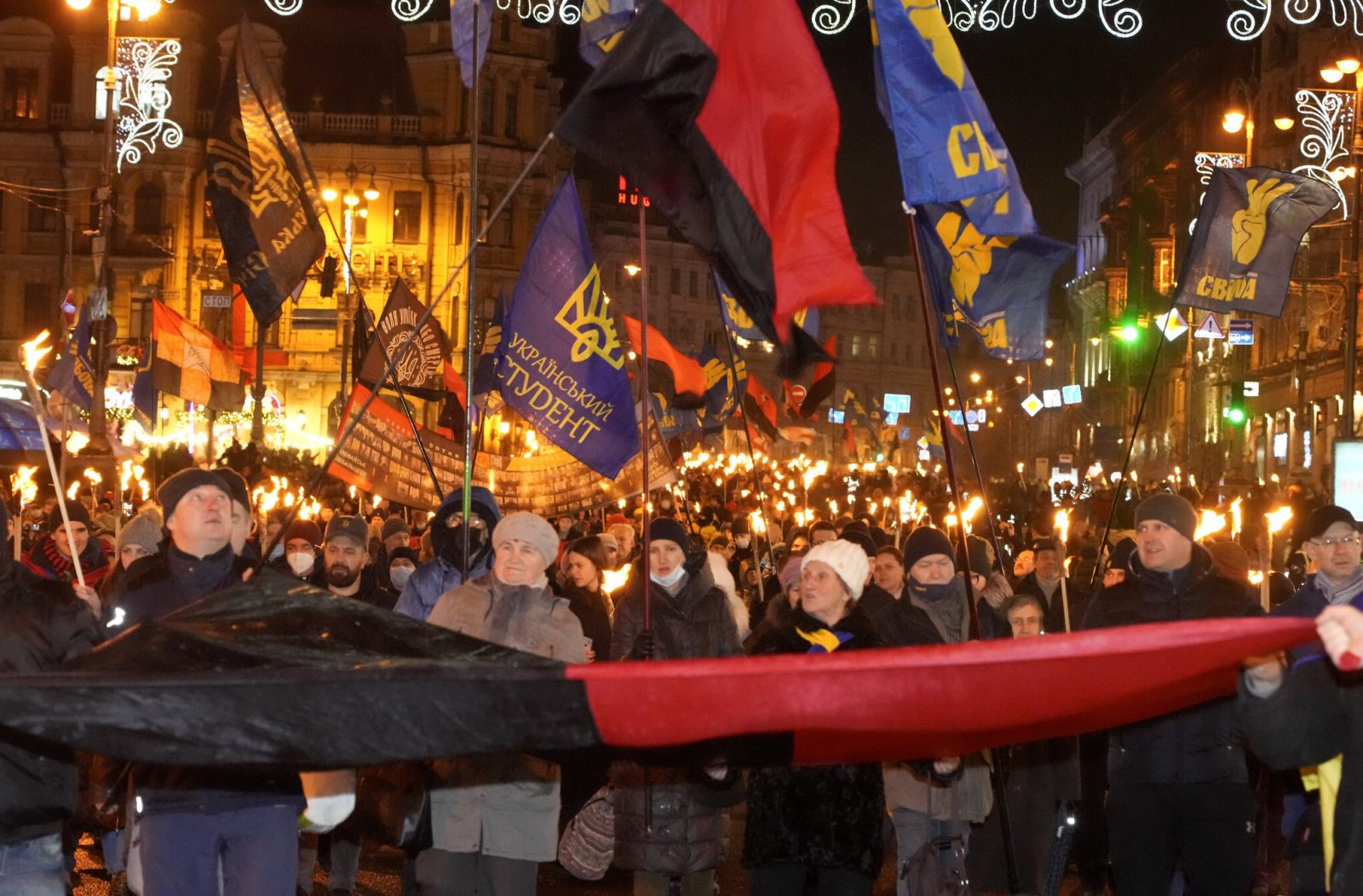 A large sector of eastern Ukraine has been under the control of Russia-backed separatist rebels since 2014.

“Today, when there is a war with the occupier at the front, and the struggle against the ‘fifth column’ continues in the rear, we…