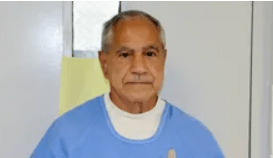 SAN DIEGO (AP) — California’s parole board voted Friday to free Robert F. Kennedy’s assassin after two of RFK’s sons said they supported releasing him and prosecutors declined to argue he should be kept behind bars.

But the governor ultimately will decide if Sirhan Sirhan leaves prison.

Douglas Kennedy was a toddler when his father was gunned down in 1968.

He told a two-person board panel that he was moved to tears by Sirhan’s remorse and that the 77-year-old should be released if he’s not a threat to others.

“I’m overwhelmed just by being able to view Mr. Sirhan face to face,” he said.