Subsequently, an oppressive policy of turkification was imposed through an ultranationalist turkish educational system, public prosecution with banning of any other language, forced disintegration of concentrated ethnic populations, demolition of thousands of kurdish villages and uprooting of their residents and so on. 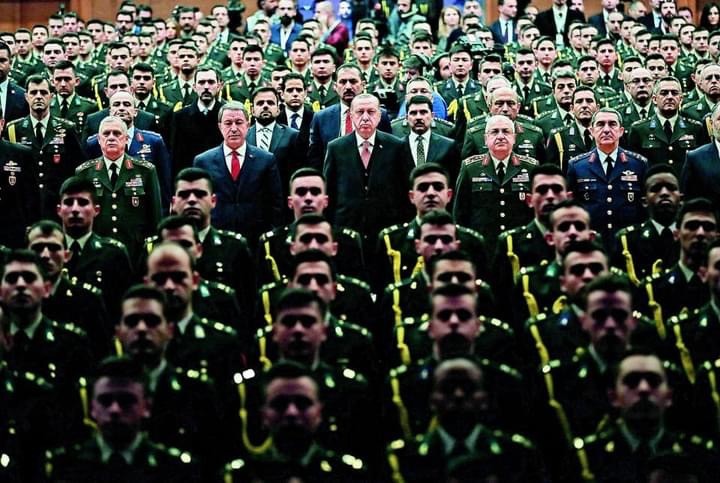 The turkish kemalist regime of the 20th century considered it as serving its own interest to operate a showcase of political parties, while the real power was exercised by the top army leadership.

This was known as the “deep state” in Turkey, which ruled the internal and external important issues of the country.

When the “deep state” of Turkey committed crimes (e.g. torturing and killing of Kurds), the perpetrators acted under the orders of the military leadership.

In recent weeks, a mafia boss has been exposing old and recent deep “dirty work” of the turkish state, highlighting that the current islamo-fascist Erdogan regime has “deepened” further the “deep state”, turning it into an organized criminal mafia state. The accident in Susurluk (1996) where a member of turkish parliament, police and military officials and an internationally known criminal were found in the same car, was already known. Another particularly often “tool” of turkish central state planning applied in Cyprus, was the burning and desecration of turkish monuments and mosques acting under the orders of the turkish “deep state”, in order to stir up hatred against the Greeks of Cyprus. Moreover, after 1974, the murders of the Turkish Cypriot journalist Koutlou Antali, the human rights activist Greek Cypriot Theofilos Georgiades and the persecution and attempted lynching of the Turkish Cypriot journalist Şener Levent, were “operations” of the same criminal turkish state. In the current turkish Erdogan regime, criminal record has been elevated so that drug lords, illegal arms dealers, murderers and gang rapists meet with top government officials to implement Erdogan’s neo-ottoman policies.

Recent revelations also highlight the role of the turkish occupation regime in the northern part of Cyprus, which is not limited to illegal money laundering through banks. Erdogan’s organized mafia state uses the occupied part of the Republic of Cyprus to finance its dirty “operations”, evading detection and international control. Huge sums of money of the organized mafia are secretly channeled to fund terrorist organizations such as the “Islamic State”, the “Muslim Brotherhood” and “Hamas”.

The “deep state”, which for decades has carried out systematic plans to exterminate indigenous peoples within Turkey, has evolved into the current state of organized criminal mafia regime.

With all that in mind, anyone should answer this question:

Is this turkish criminal state worthy of trust that it will honor its commitments and its signing under an agreement of settlement in Cyprus?

Will this criminal mafia state withdraw its occupational military from Cyprus with a policy of incentives and gifts?