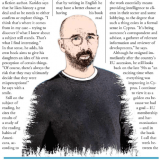 These, in the end, fueled abstention, a shift to smaller opposition parties and movements and, inevitably, a rise of the far-right.

It should be noted that due to Cyprus’ presidential system parliamentary elections do not bring any change in government. The incumbent president Nicos Anastasiades, now half way through his second 5-year term, is supported by the Democratic Rally DISY and will remain in power until the next presidential elections in 2023. Given DISY’s showing his government will, however, continue to struggle to build alliances in the 56-member chamber to push through legislation.

The main opposition former communist AKEL also fared poorly, recording its worst ever showing, losing 3.5% and 1 seat. Its result is dire when considering that the government and DISY had been persistently plagued by corruption scandals. Significantly, abstention stood at 34% the highest ever for Cypriot national elections.

It is also worth noting that a considerable number of small parties that did not meet the threshold for entry (3.6%) drew (in total) a substantive 12% of the vote which combined with the large number of absentees leaves a sizeable proportion of the electorate ‘unrepresented’ in parliament. 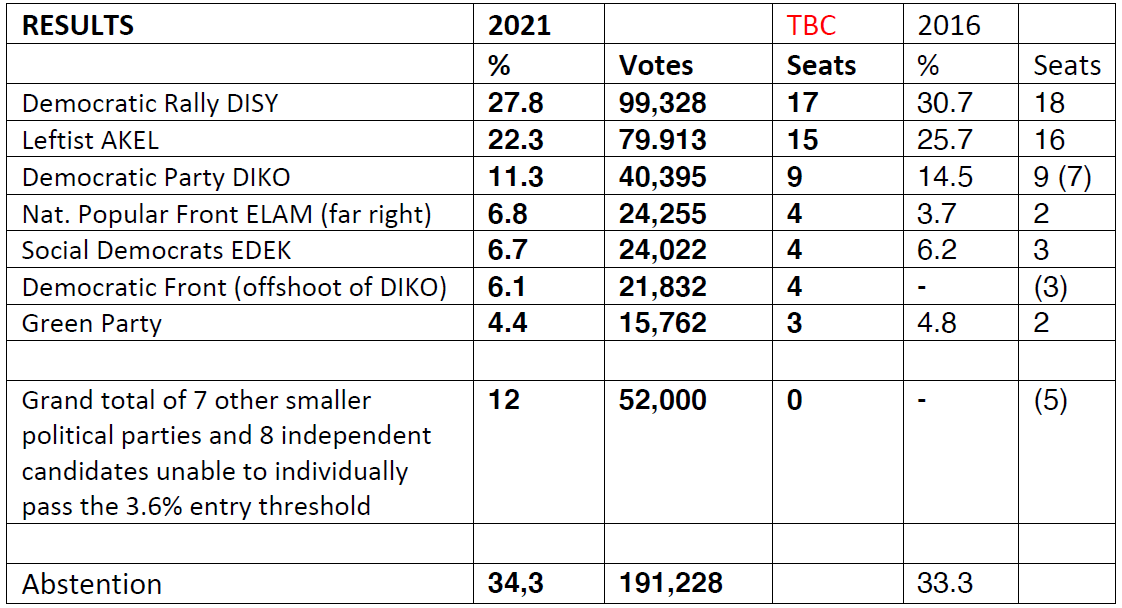 The names of those elected will be confirmed by the Ministry of Interior at noon Monday.