I am touched and honoured in receiving the Australia Council Lifetime Achievement award in literature — especially on this day — the anniversary of the Warsaw Ghetto uprising, which broke out in April 19, 1943.

These brave fighters have been my lifelong mentors and inspiration. 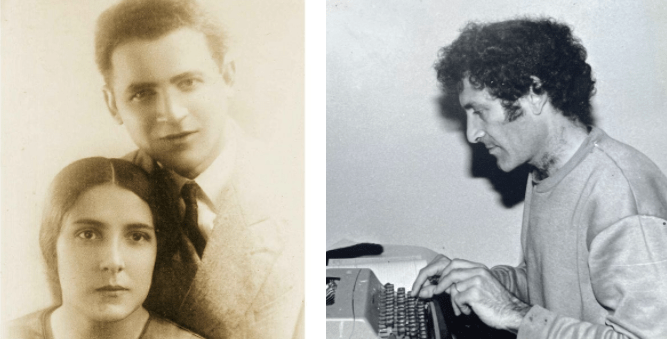 They embodied courage and defiance of their brutal oppressors in the darkest of times.

They stood up for justice, and for their people, and for the spirit of human resistance. I honour their memory and their extraordinary bravery.

Many images and memories come to mind today of the many people who have supported me. Especially my partner, Dora, who has been an intimate part of the journey for years. And Auntie Joy Murphy Wandin, who was my first guide into the lands of the Wurundjeri on whose Country I have written many of my works.

One of my most cherished memories of public gatherings and writers festivals over the years, is of sharing readings with indigenous elders and writers at Simpson Gap, in the heart of the continent, back in 2008 — at sunset, and into the night, beneath the dome of the southern skies. Many of the readings were in indigenous languages — in which could be heard the winds, the earth, the skies, the oceans — intimations of a vast and ancient knowledge and profound love of Country. I have been greatly enriched by many conversations and journeys with indigenous writers, storytellers, activists and artists over the years.

The epicentre of my work remains the streets of the post war inner Melbourne neighbourhood of North Carlton, and the house I grew up in, 387 Canning Street. My parents — Meier, a Yiddish poet, who took a forty-year detour working in factories and on the Victoria market, before retiring and finally returning to his first love, and his true vocation, and Hadassah, who performed Yiddish songs at community gatherings in pre-war Poland, and suffered greatly at the loss of her family, and the betrayal of her ideals and faith in a better life. Post war, she was confined to singing in the house while she went about her daily work, and brought up her three sons with great love, despite it all. Hadassah has inspired and haunted my works — she taught me to sit with trauma, as well as with joy, and to listen. Just listen. Hadassah and Meier were members of the BUND, a trade Union movement that fought for the rights of workers and was fiercely opposed to anti-Semitism and all forms of racism. Their resistance incorporated a love of Yiddish, as mother tongue, and all other mother tongues. They brought their quest for equality, and love of language, to these distant shores. The streets of my childhood Carlton — introduced me to a wider world — we were newly arrived Italian, Jewish, Greek, Jugoslav immigrant families and from many other lands, living side by side with Aussie working class families — with all our conflicts and harmonies.

We were practicing ‘multiculturalism’, before the word was in vogue, thrown together to work it out, while our parents worked in the factories, the shops, the markets and warehouses, and built their new lives. Many of us practiced our cultures — in our local community centres and gathering places.

Great to see that finally, that voices, and songlines, from many lands are now being recognised as an integral part of mainstream Australian literature. Dora introduced me to the Ithacan community — both here, and on her ancestral island, beautiful Ithaca, land of Odysseus, and the focus of epic tales sung by blind Homer, and of stories gifted to me in the villages overlooking the Ionian Sea, and in the cafes, the olive groves and the winding roads and pathways of the beloved island. I miss it greatly.

I recall some of the many people I have met on my journeys, — the street kids of war-torn Vietnam, and of New York, my hosts in rural China, and Cambodia, India and Papua New Guinea, and of Europe and Middle East — and other places — people at the grass roots — always reminding me that sharing our stories is a basic human need, and a means of connecting, of self-understanding and discovering what it is that unites us, as well as the differences that enrich us. We need this understanding more than ever.

I also treasure the many friendships I have made in the refugee community — thinking of my dear friends Behrouz Boochani, Farhad Bandesh and Mostafar Azimitibar who have used their art, their words, their music, In Manus Prison and more recently in our hotel prisons here in Melbourne — three of the many fearless people I have met over the years.

The continued imprisonment both onsite and offshore — men, women and children who have had the courage to embark on perilous journeys in search of freedom — is an outrage. I think of Amal Basry, survivor of the SIEVX tragedy, who became a much loved voice of seekers of asylum, who invited me into her home, shared her food, her stories, her irrepressible love of life — I call her a modern day ancient mariner. S

o many others — so privileged to have them people my stories. A thank you to my wonderful publishers TEXT, led by Michael Hayward, and Jane Pearson, my in-house editor for many years. Scribe, and Henry Rosenbloom, publishers of my first book, Jewels and Ashes. I think also of the libraries, the bookstores, the festivals, the arts workers, the book clubs, teachers of literature and so many others, the foundation stones of our vibrant literary culture.

Love to my brothers, legendary activist and artist, Benny, and dear Harry, who has finally found his vocation as an artist…

And to my son Alexander, you are number one, always have been, always will be. You have taught me so much.

Much more can be said… but enough for now — bar this photo of Hadassah and Meier, back in their beloved Bialystok, circa 1930, and a photo taken by Dora, back in the late 1980s, as I worked on Jewels ands Ashes, in a flat in Fitzroy, on an Olivetti typewriter. Accompanied by our cat — Raja.