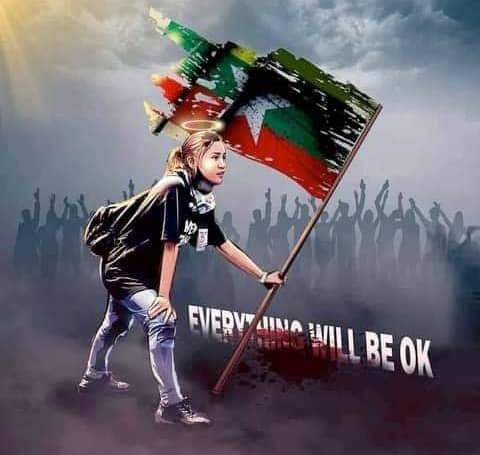 1. We the peoples of Southeast Asia is gathered together as individuals and as representatives of Civil Society in order to give voice to the cries of our conscience on the military coup and political crisis in Myanmar and on the suffering and the deaths inflicted on the people of Myanmar.

2. We have come together in a virtual People-to-People Region Hall deeply conscious of our shared humanity with the peoples of Myanmar and our common love of freedom and adherence to democracy, human rights and respect for the dignity of the human being, regardless of race, language, gender, or ethnical backgrounds and religious or political persuasion. 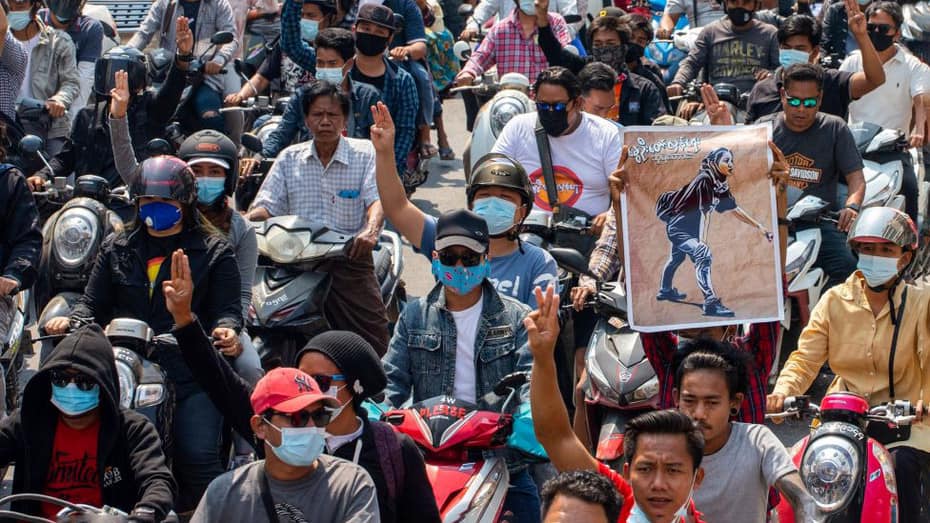 4. We the peoples of Southeast Asia assure the people of Myanmar that they are not alone in their struggle to assert their dignity as human beings and to regain their right to live in a peaceful democracy. To them, we say: Do not lose hope. We have your backs. And we salute you! 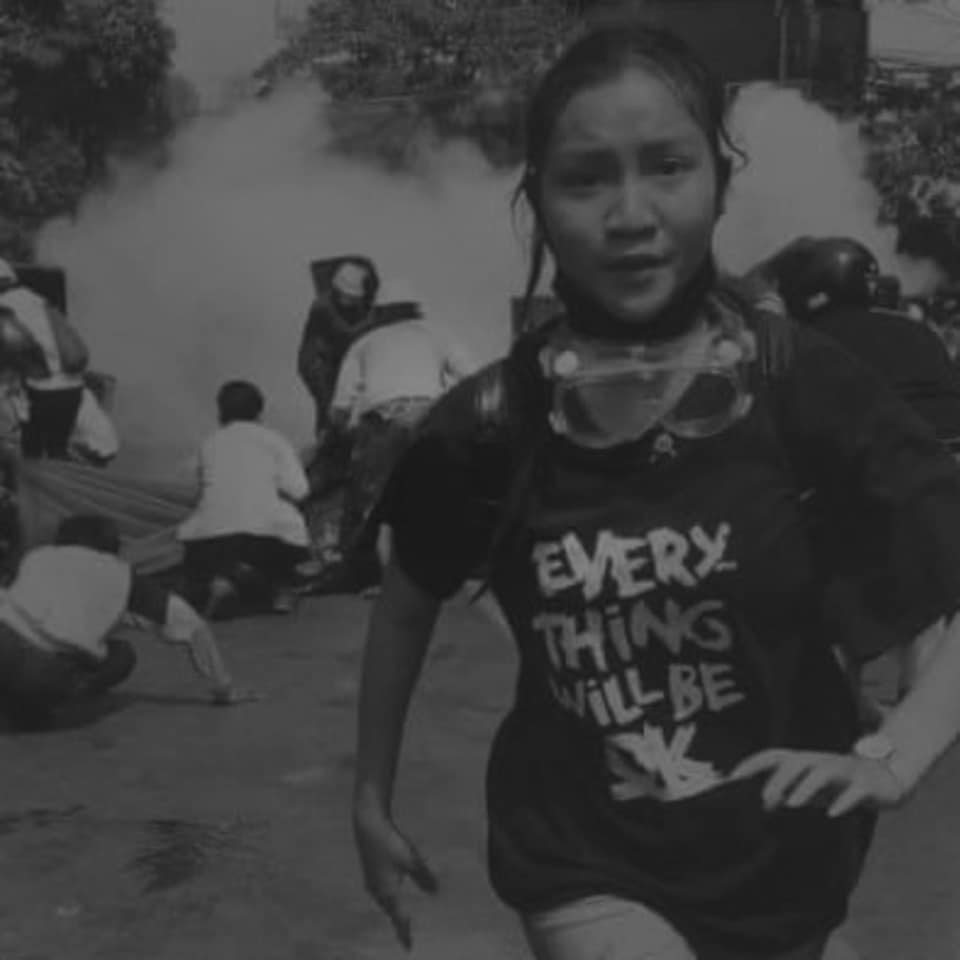 5. We the peoples of Southeast Asia also express our deepest condolences to the citizens of Myanmar who have lost their loved ones to violence by the security forces. We feel their pain.

6. We have come together fully mindful of ASEAN’s repeated solemn assertions of being a people-oriented, people-centred and people-driven organization. We are therefore confident that our voices will not be ignored but will be taken into account in ASEAN’s decision-making on the crisis in Myanmar. 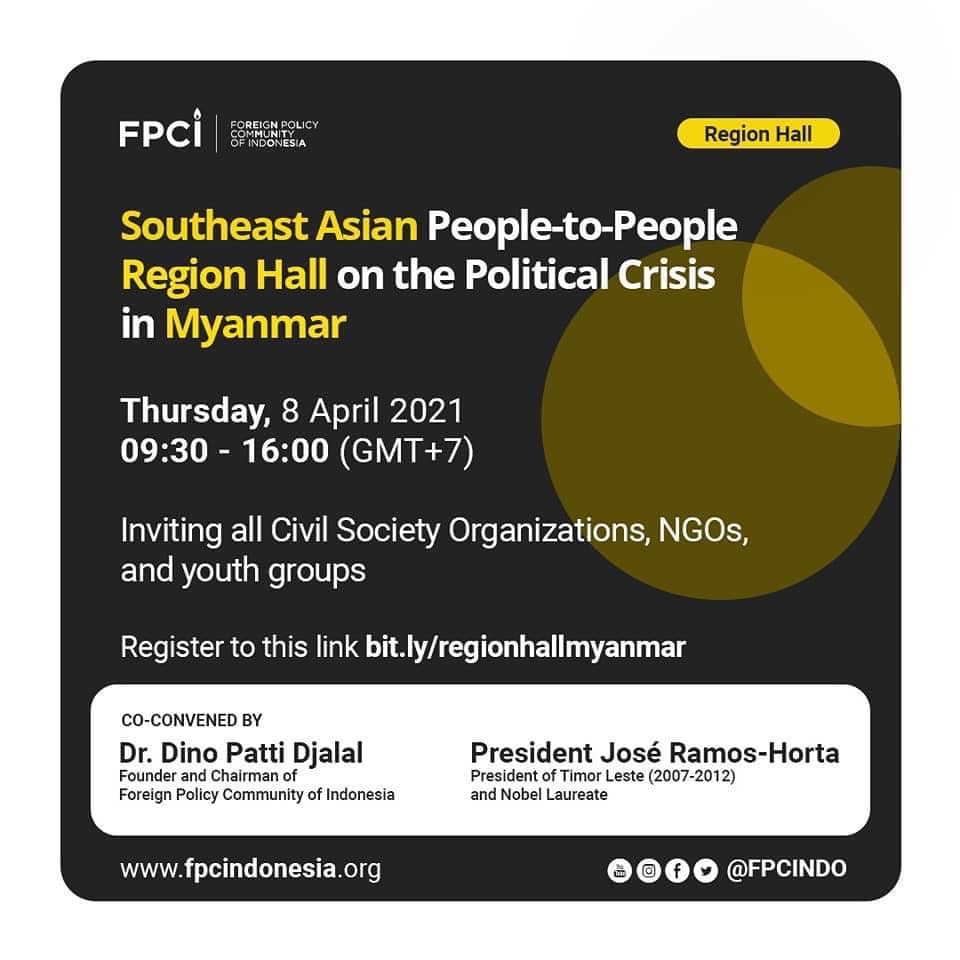 7. We strongly condemn the coup d’état that took place in Myanmar in the early hours of 01 February 2021, in which the country’s military establishment (Tatmadaw) seized power and arrested and detained duly elected high officials of the country, including State Counsellor Daw Aung San Suu Kyi, the universally recognized, duly-elected and legitimate head of the government of Myanmar; and the duly elected President, Win Myint.

8. We recognize and uphold the results of the Myanmar general elections in November 2020 as reflecting the true voice of the Myanmar people, and thus should be acknowledged as the basis to determine the political solution for the ongoing crisis. As a consequence, we urge the international community, including ASEAN, to recognize the CRPH (Committee Representing Pyidaungsu Hluttaw), representing 76% of elected MPs, as the legitimate representation of the people of Myanmar. 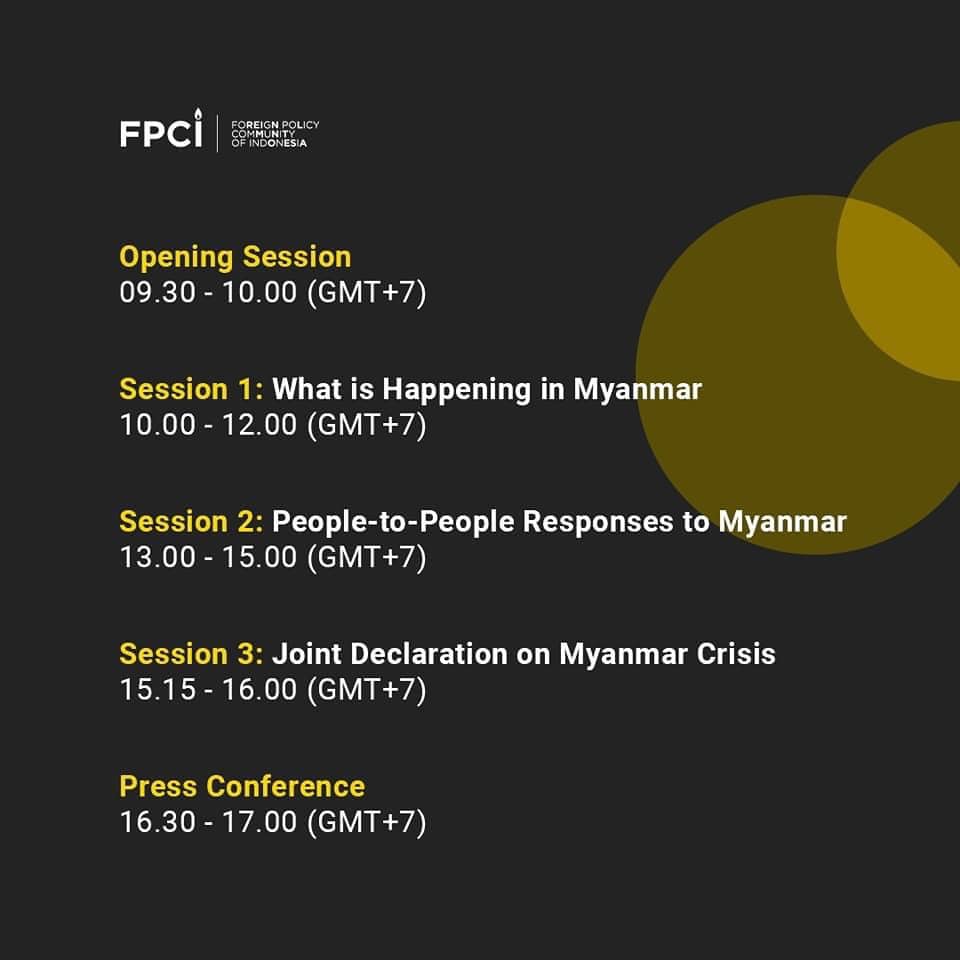 9. We the peoples of Southeast Asia are deeply enraged at the continuing violence that the military in Myanmar, the Tatmadaw, led by Sen. Gen. Min Aung Hlaing and the members of the reconstituted SAC (State Administration Council), has inflicted on the people, including women, children, and the elderly, resulting in the death of hundreds of innocent individuals, and the arrest, detention and brutal torture of many more. We condemn the use of indiscriminate violence, including brutal airstrikes, by the Tatmadaw against civilians in the ethnic areas. The Tatmadaw is disregarding the consistent appeal of ASEAN and the international community to stop the violence. The escalating violence constitutes not only a crime against humanity and a humanitarian crisis, but a threat to international peace and security. The perpetrators of this gross violation of human rights must be held accountable.

10. Humanitarian organizations such as the International Red Cross must be ensured safe and unhindered access to all political prisoners and victims of the ongoing repression. including the thousands of refugees especially in Karen state now fleeing across the borders into Thailand.

11. We the peoples of Southeast Asia express our concern that the Myanmar people and the international society have been denied the freedom of information on what is happening on the ground in Myanmar, particularly with the internet shut down and the harassment and arrests of journalists.

12. The military should restore Internet connection and provide access to the people to communicate. International telecommunication companies operating inside Myanmar should push back against internet shut down orders and respect human rights.

13. We the peoples of Southeast Asia demand the immediate restoration of the duly elected civilian government of Myanmar. We demand the immediate and unconditional release of all political prisoners including but not limited to Daw Aung San Suu Kyi and other elected civilian officials, journalists and labor activists, as well as those arrested and detained because of their participation in protests against the assault on the country’s fledgling democratic system. The Tatmadaw must stop the on-going criminalization of Aung San Suu Kyi, President Win Myint and other politicians. We also call for the protection of the rights of the political detainees. They must not be subjected to torture and/or other degrading treatment.

14. We the peoples of Southeast Asia encourage the legitimate elected officials of the Myanmar government to keep on doing whatever is possible in the service of their people in spite of the persecution they have been subject to. To them we say: We urge you to keep on envisioning and planning for a more fully democratic and inclusive system for Myanmar, one in which all the ethnic groups in Myanmar, including the Rohingya of Rakhine State, can assert and live their respective identities within the framework of a single Myanmar nation.

15. In this regard, we welcome the establishment of the Federal Democracy Charter by the CRPH interim civilian government, which represents 76% of legitimate elected officials. We also express our support and look forward to cooperating with the soon to be established National Unity Government comprising the CRPH and representatives of ethnic organizations and other stakeholders.

16. We the peoples of Southeast Asia also call for ASEAN people and international society to show our solidarity by giving committed support for the people of Myanmar, the Civil Disobedience Movement, and other groups. Including the organised labour and individual workers, who are all struggling at great risk to their lives and comfort, to restore and strengthen democracy who struggle to restore and strengthen democracy.

17. We the peoples of Southeast Asia commend the constructive initial steps that ASEAN has taken, but much more needs to be done. We believe that ASEAN needs to demonstrate a greater sense of urgency commensurate with the worsening situation on the ground. We propose that ASEAN send a Special Envoy to Myanmar and a delegation of the representatives of the ASEAN countries, working in tandem with the UN Security Council, to engage with all parties with a view to ending the violence and to helping reach a political solution that is just and acceptable to the people of the country.

18. We the peoples of Southeast Asia regard the Myanmar Crisis as a test for ASEAN Community, ASEAN Centrality, and ASEAN Charter. We disagree with those who use and abuse the principle of non-interference for a justification for non-action. This does not reflect the spirit of ASEAN Charter.

19. We the peoples of Southeast Asia urge that ASEAN, apart from its Summit Meeting and Meeting of Foreign Ministers on the Myanmar crisis, employ the various existing and available mechanisms and tools within its organizational structure to urgently address this crisis. In view of the escalating situation, we demand that ASEAN institutions such as ASEAN Institute for Peace and Reconciliation (AIPR), ASEAN Intergovernmental Commission on Human Rights (AICHR) and ASEAN Commission on the Promotion and Protection of the Rights of Women and Children (ACWC) to play a more meaningful role on the Myanmar crisis in ways that would have greater impact. Time is running out, and we have to act more swiftly. We demand ASEAN member countries to urge the Tatmadaw to stop walking into the path of destruction and restore the duly elected government.

20. ASEAN must recognize the CRPH and the impending interim NUG (National Unity Government) as the legitimate government of Myanmar and not the Tatmadaw.

21. We the peoples of Southeast Asia also urge ASEAN member countries to ensure that there will be no deportation of those fleeing the repression in Myanmar. ASEAN member countries must respect non-refoulement principles. We have to be ready to accept political asylum as well as refugees and displaced persons. ASEAN must also be more proactive in providing humanitarian assistance, including by optimizing the role of ASEAN Coordinating Centre for Humanitarian Assistance (AHA Centre). ASEAN countries must NOT return Myanmar migrant workers back home regardless of their status.

22. We the peoples of Southeast Asia urge the UN Security Council to send a mission to Myanmar as soon as possible to assess threats to regional peace and security and refugee crises. The mission should convey the serious concern of the international and regional community to the Tatmadaw regarding the deteriorating security and humanitarian situation on the ground.

23. We the peoples of Southeast Asia call on two consequential powers geographically closest to Myanmar –China and India– to also take an active role in a global effort to convince the current power wielders in that country to take the peaceful and democratic path.

24. We the peoples of Southeast Asia call on the governments of the neighbouring countries to establish a safe zone or “humanitarian corridor” and extend humanitarian assistance to the refugees and displaced persons who are fleeing from the ongoing violence.

25. We the peoples of Southeast Asia call for the enactment of effective measures and targeted sanctions aimed at ending Tatmadaw’s ability to conduct indiscriminate violence with impunity, including but not limited to freezing the assets parked in financial institutions outside the country and calling for investors to reassess their investment in Myanmar.

26. To ASEAN we convey this fervent hope that the voices of the peoples of Southeast Asia be regularly expressed and acknowledged on issues and concerns that are urgent and vital to the life of the region. Today the issue is the crisis in Myanmar; in the future, the crisis may be elsewhere in the region or elsewhere in the world but affecting the peace, security and long term survival of the region.

27. This Region Hall is the beginning of a continuing people-to-people process. We shall convene this Southeast Asian People-to-People Region Hall prior to every ASEAN Summit, with the joint statement of the Region Hall being submitted to the ASEAN Heads of Government and other relevant actors in the course of the summit.