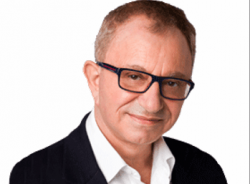 Justice — it is appealed to by disaffected peoples, by minorities rediscovering their voice in the new world of identity politics and by nations seeking to address perceived historical wrongs.

But it is also increasingly appealed to by accused and accusers as our society awakens to its obligations to deal with historical as well as contemporary allegations.

The Prime Minister has articulated the challenge writ large in the Christian Porter case as being to ensure legal process and social fairness within an imperfect system dominated by emotions and agendas.

For those of us who have had to endure this imperfect system, it is important to elevate ourselves above the immediate personal pain and sense of injustice.

And for those who are, or were, in positions of political power or media power, or who control vast business empires, there is, I think, a need — no, an obligation — to accept that with power and privilege comes additional risk.

This is part of the power contract with society in a democracy. It cannot be the case that from a position of power you demand anonymity or special protection as if you had not implicitly accepted what I call “the contract of privilege”. That contract dictates that you must account for the accusations made against you within a public discourse and — whether guilty or innocent, whether just or unjust — accept that this will impact upon your reputation and career.

If you don’t accept these preconditions don’t run for public office or seek to gain power.

Because power, especially political power, should never be seen as a bulwark that protects you against accusations, false or otherwise. If you see power in this way you do not deserve to hold it.

Let me be clear. I am not suggesting legal remedies including defamation action should not be pursued, as Porter has decided to do.

Clearly, the media, too, has an obligation to consider carefully allegations before ruining reputations. My point is that once allegations are aired, public confidence in the powerful is only resolved through public debate and scrutiny that plays out alongside the legal. And, while regrettable for those innocent, it should be seen in the broader picture of delivering justice for the many.

As a society I think we all acknowledge that some people will be wrongly accused while others will receive just punishment. We accept that the price paid by those who are falsely accused is a regrettable but necessary feature of our imperfect system.

Legal action aside, there is a moral, political and philosophical dilemma facing Porter. Even if innocent, as a public figure there are additional tests within the public domain, beyond the legal, that he will be subjected to. Rather than be seen to fight against potential inquiries, my advice to him is to welcome any opportunity to clear his name.

This piece has been difficult for me to write. I do so because in reflecting on my own journey I came to the view that justice for thousands of women, men, boys and girls means some accused may have to pay a price for wrongful accusations. This is the bigger “whole of society” justice picture.

This price is paid even if you are exonerated. It is mitigated only by the strength and faith of family and friends whose hurt is the hardest to abide — and by good people who do not shy away, personally or professionally, from treating you well in the aftermath.

When Scott Morrison with the best of intentions claims it is the rule of law and the primacy of an independent police decision that must prevail, he is discounting the imperfections in our justice system.

When magistrates criticise the actions of police as lacking objectivity and even truthfulness what is the accused or we to say about the police decisions on which, depending on the circumstances, both accused and accuser may hang their call for justice? And what of the court system itself which led to convictions in the Pell case only to be overturned by a unanimous decision of the full bench of the High Court?

Perhaps more importantly, Morrison is ignoring the contract the community has with the powerful. Justice, as applied to the powerful, involves a higher moral bar. This is what maintains public trust. The powerful are wise to reflect on philosopher William Godwin’s observation that: “Justice is the sum of all moral duty.”

As the top law-maker in the land, as a privileged person in a position of power, Porter surely understands the imperfections in our system. He makes decisions daily to try to address the consequences of these imperfections for ordinary people. If he can rise above the legalities and imperfections, he will see the additional obligations and potential costs that come with power and privilege. Those include a public dialogue and reckoning. Whatever the personal price, if he accepts and embraces these obligations, he will enhance not diminish our democracy and system of justice. And maybe, just maybe, he will remain as our Attorney-General.

Sometimes we all must reflect philosophically in accepting our situation. As the playwright Aeschylus said 2000 years ago: “He who learns must suffer. And even in our sleep pain that cannot forget falls drop by drop upon the heart, and in our despair, against our will, comes wisdom to us by the awful grace of God.”