Police advanced on the group in a coordinated move, striking batons against their shields to make an intimidating noise, prompting the migrants to scatter.

The group was still on Guatemalan soil, and some regrouped to resume their quest for a better life further north. 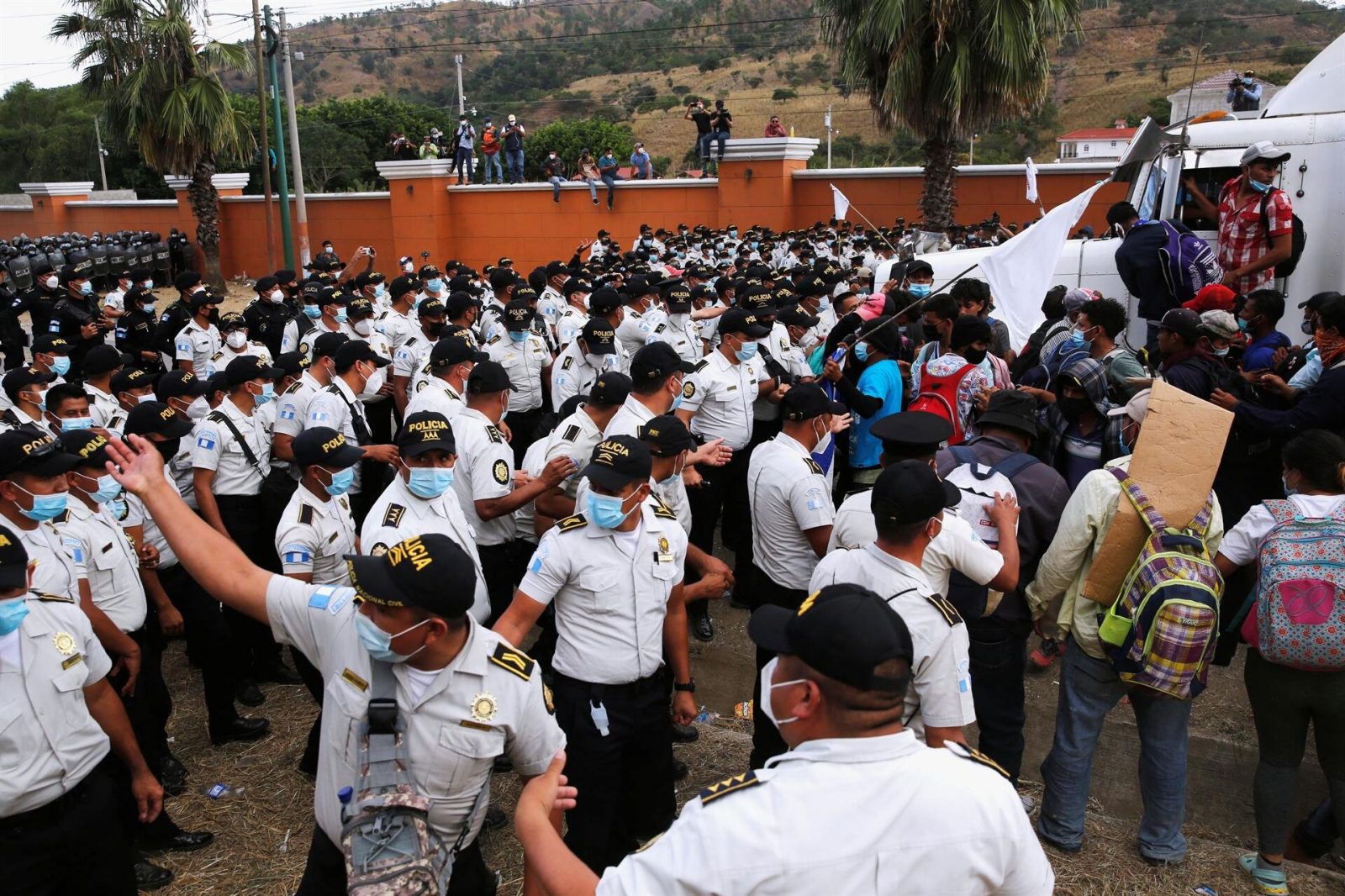 Thousands of others began returning to Honduras after clashing with the police.

Angie, a 21-year-old Honduran migrant, told AFP she was returning to Honduras to try and officially document her entry into…