The Paris correspondent of The Irish Times, Lara Marlowe, wrote that her former husband, the journalist Robert Fisk, used to tease people who believed in the afterlife that he would be the first journalist to file from there. “I half expect to read his report, any day now,” Marlowe concluded in her moving article.

Fisk died on 30 October in Dublin where he had been working on the sequel to his magnum opus The Great War for Civilization. The announcement came amid the cacophony of the final days of the US election campaign and didn’t really sink in for me until much later. When it did, I was dismayed that his death, premature as it was – he was 74 – had not been allowed to make the media impact it deserved. 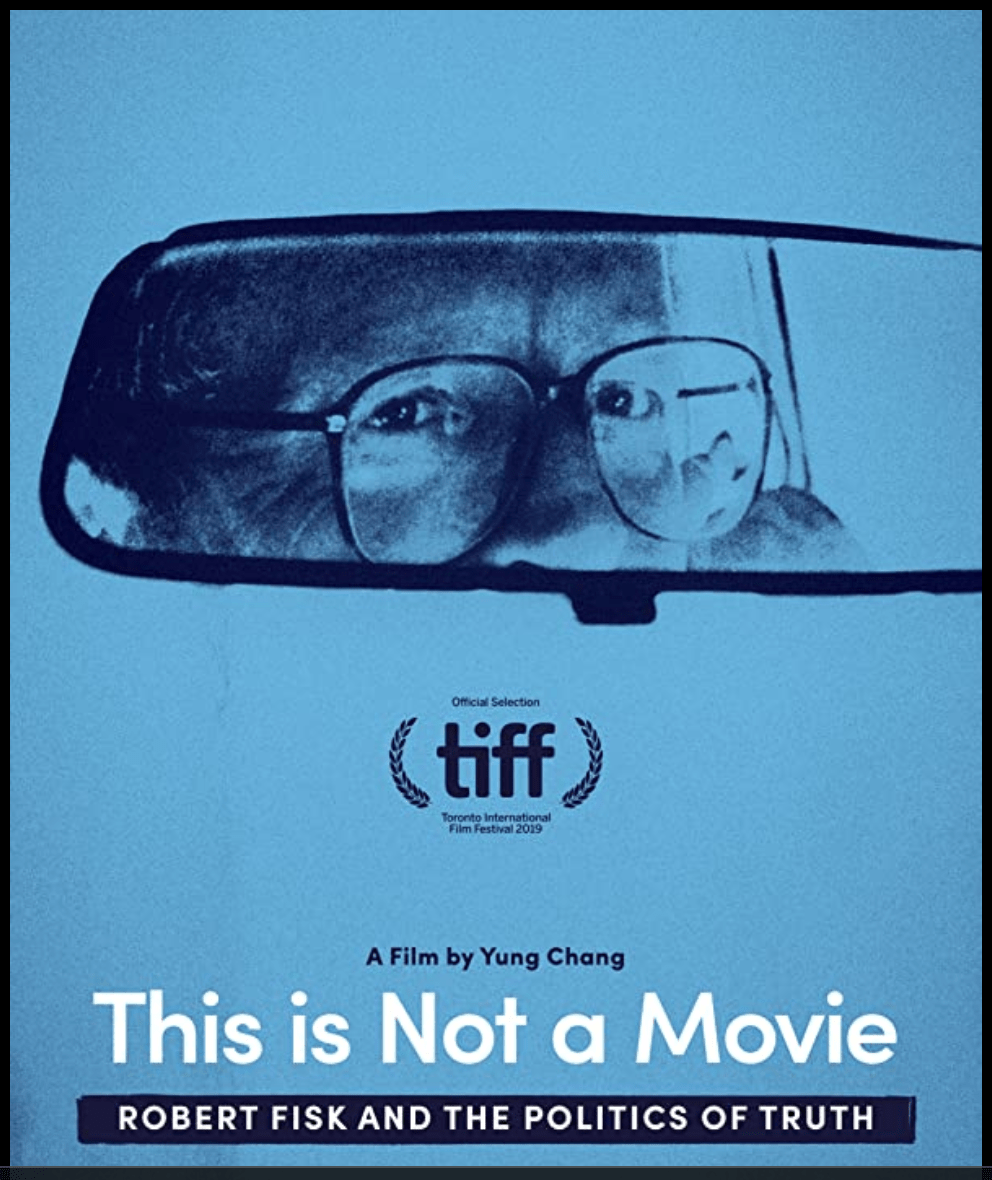 Then I watched Canadian director Yung Chang’s superb documentary This is Not a Movie about Fisk’s work as a foreign correspondent. It is a powerful homage to the man and to the journalism he represented and a sad affirmation of the huge void Fisk’s death actually leaves.

Fearless, opinionated, with a deep academic knowledge of the history of the countries he covered (and a PhD in Political Science from Trinity College Dublin) he had no patience for the type of parachute journalism in which reporters drop into a capital or war zone for three days to dispatch mostly out-of-historical context reports.

Years ago, he had complained to me about journalists who took up residence in the safety of Cyprus to “cover the Arab world” and about those who held strong opinions on Lebanon but rarely visited the country. He was one of a handful of foreign correspondents who, at a huge and sustained risk, stayed in Beirut during the hostage crisis in the late 80s that saw several of his colleagues including Terry Anderson, Charles Glass and John McCarthy kidnapped by Hezbollah affiliated groups.

“Journalism is bloody hard work” he would tirelessly repeat. He began writing for The Times, first from Northern Ireland and then from Beirut where he settled for almost 40 years covering the entire Middle East. It is now forgotten that he spent long periods in Cyprus in the aftermath of the Turkish invasion uncovering the systematic looting of the fenced city of Varosha by Turkish troops.

He would leave The Times in 1987 following Rubert Murdoch’s take-over when he realized that the headlines his editors wrote did not reflect the sting of his content. He moved to The Independent under the editorship of Andreas Whittam Smith and delivered front page exclusives from every front line from Yugoslavia to Iraq for the young paper’s growing readership.

In his exceptional book Pity the Nation: Lebanon at War he described how with his Associated Press colleagues Alex Efthyvoulou and Bill Foley they followed the path of Israeli jets bombing Lebanon to see the targets being hit taking what he describes as ‘calculated’ risks: “If we were hit, it was bad luck, not miscalculation”.

He was among the first journalists to arrive at the Sabra and Shatila refugee camps in 1982 where the gruesomeness of what had happened hit him only when he started to climb over mud hills that began to feel ‘spongy’. That day would define his later journalism. Hundreds of men, women and children had been massacred by Lebanese Phalangists in the plain sight of the Israeli Defence Forces. “These corpses would want me to tell their story,” he tells Chang. “After that, I had the self confidence in writing about brutality and war crimes that I would never have had before… that’s the end of allowing fear to make decisions for you, that’s the end of being frightened by gunmen and editors”.

Fisk was drawn to conflict and tragedy by his father’s WW1 experience who, against the rules, had taken a camera to the trenches ‘to record history’. He recounts how near the end of the war Fisk Senior had refused to command the execution party of an Australian soldier who had been found guilty of killing a British man. Warned that he would be court-martialed his father still refused sacrificing his military career.

At that moment Fisk’s eyes well up and in an awkward childlike gesture he raises his hands and softly but rapidly claps to acknowledge that Fisk Senior had done the right thing. It is a rare glimpse into the soul of this tough, compassionate and principled man.

We learn that it was aged 12, after watching Alfred Hitchcock’s 1940 movie Foreign Correspondent, that Fisk decided to become a reporter. When Chang later captures him at work somewhere in Bosnia where he had gone to trace how weapons shipments produced there had ended up in the hands of Al Qaeda [via Saudi Arabia, he discovers], we hear Fisk’s voice-over say: “It would be nice to believe that Foreign Correspondent, the movie, was the real thing… but the truth is that this is not a movie”.

No movie could actually do justice to Fisk’s remarkable life and unrivaled work. Chang’s documentary does because, like Fisk himself, it also achieves, rather expertly, to tell the story of the victims.