Pursuant to an amendment to the Migration Act (Cth), non-citizens who have committed criminal offences in Australia are now subject, under s.501, to mandatory cancellations of their visas. 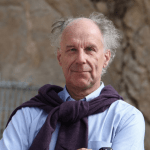 That means that they have been placed in large numbers in immigration detention pending their mandatory deportation.

This has had devastating implications for refugees and asylum seekers who have been detained while awaiting the determination of their applications for asylum in Australia’s courts and tribunals.

The two groups now live side by side in immigration detention facilities. The immigration detainees are pursuing their legal right to have their case refugee status affirmed on the ground that they are fleeing persecution in the home countries from which they have fled. The s.501 cohort are individuals convicted of a wide array of crimes during their stay in the country.

Next to no one in the immigration group has committed a crime. Everyone in the s.501 group has. Yet the innocent group and the criminal group have been housed in the same immigration facilities. One can only imagine the fear the innocent group has of their criminal co-detainees. The policy of co-mingling the two is punitive and scandalous. It is yet another example, as if we needed one, of the callousness and cruelty of Peter Dutton’s management of border security policy.

It’s this governmental policy that has now led directly to the introduction of collateral legislation violating, even more so than at present, the rights of those exercising their legal right to seek asylum here.

The new legislation is titled the Migration Amendment (Prohibiting Items in Immigration Detention Facilities) Bill 2020. The Bill has several different components. It:

· Authorises the Minister to prohibit certain ‘things’ within immigration camps.

· It broadens the powers of the Minister and camp officials to order searches and seizures of those detained.

· It provides for sanctions for those who possess ‘things’ declared by the Minister as prohibited.

In certain special circumstances, of course, each of these powers may be justifiable. But the overarching problem with the legislation is the breadth of the discretions provided to Ministers and senior officials in choosing to exercise them. The precise nature of the problem was described clearly in the report of the UN Special Rapporteur on the Human Rights of Migrants having seen an earlier draft of the legislation in 2017:

“Many (respondents) testified to the increased ‘securitisation’ of the immigration detention centres. The arrival of the Australian Border Force and the increased number of foreigners in detention after having served a prison sentence (the 501s), has driven a considerable increase in security control procedures…It is readily acknowledged that a ‘prison culture’ has changed the atmosphere of the detention centres: It is a ‘garrison mindset’ as described by a government official’.

The clearest indication of the breadth of the discretion conferred on the Minister for Home Affairs is his or her authority to determine what constitutes a ‘thing’ that may be searched for, seized and confiscated. The Minister may determine a thing for the purposes of the Act if he or she is satisfied that the possession of the thing is prohibited by law, if the use of the thing might be a risk to the health or safety of the facility, or to the order of the facility.

Might be is a very low bar. A risk to the order of the facility is a criterion of such vagueness as to give the Minister, in effect carte blanche. An explanatory note provides as examples of ‘things’: mobile phones, SIM cards; computers and other electronic devices capable of being connected to the internet. Not only s.501 detainees but also applicants for asylum therefore, maybe completely cut off from the outside world. The impact upon asylum seekers of losing access to such ‘things’ would have a significant detrimental impact on their mental health.

Eliminating access to mobile phones has been determined by the Australian Human Rights Commission to violate Article 10 of the International Covenant on Civil and Political Rights which ensures the right to humane treatment in detention. Immigration detainees are already locked up and locked out. Mobile phones provide asylum seekers with their only certain means of relating to their families and friends. I am aware of cases in which the cancellation of access to mobile phones has had devastating psychological impacts.

A detainee described the value of mobile phone contact like this: “I was on Christmas Island with my friend when his wife had their baby. Now he is seven years old. My friend talks to his son every day. He watches him grow on the mobile phone. He says I want my son to know he has a father who loves him.” In his second reading speech, the Minister stated that ‘mobile phones and internet capable devices present an unacceptable risk.’

Barring access to mobile phones and internet capable devices would also substantially adversely affect the access of detainees to legal representation. It would restrict participation in legal processes by disrupting people’s ability to communicate with lawyers, advocates, courts and tribunals. This contradicts Principle 18 of the Body of Principles for the Protection of All Persons under any form of Detention or Imprisonment which provides that any detainee should have access to a lawyer with whom to communicate, without delay or censorship, in full confidentiality.

The Bill contains wide-ranging new search and seizure powers. An alarming aspect of these powers is that no warrant is require for their exercise. Normally such powers are utilised subject to the condition that an authorised officer has a reasonable suspicion that a person is in unlawful possession of a prohibited item. The search and seizure powers in this Bill can be exercised whether or not an officer has any suspicion that a person has such an item on their body, their clothing or in their possession.

Search powers may include strip-searches. These are degrading procedures whose use should be confined to specific individuals and exceptional circumstances. Once again, no warrant is required. For asylum seekers who may have been subject to or fearful of such invasive actions undertaken by police, guards, or militias in the country from which they have fled, the psychological trauma of their imposition in detention here may be very damaging. And, regrettably such actions may also be undertaken as a form of intimidation. The use of dogs may cause even more severe adverse mental effects.

In this respect, it is well worth recalling Commonwealth Auditor-General’s conclusion with respect to the use of invasive search procedures, following a recent review of Immigration Department practices:

“The department’s risk management framework does not adequately address the risk of officers exercising coercive powers unlawfully or inappropriately…The ANAO found instances of potentially unlawful searches and failure to comply with instructions under the Customs Act and Migration Act which indicate that current controls for mitigating the risk of unlawful use of coercive powers are inadequate.”

It might just be reasonable to introduce invasive measures to control unlawful acts in which s.501 detainees might potentially engage. The Act, however, presents real risks for the fundamental human rights of asylum seekers detained in Immigration detention facilities. The two groups must be accommodated separately, immediately.

The Senate has once already rejected legislation containing almost identical, punitive measures with respect to search and seizure. It should do so again.