Nearly transparent and no larger than a fist, the squishy tadpole-like animal was surrounded by an enormous balloon of mucus about 3 feet wide.

Robison could discern chambers intricately inflated within this sticky structure, speckled with particles of food and plant debris. 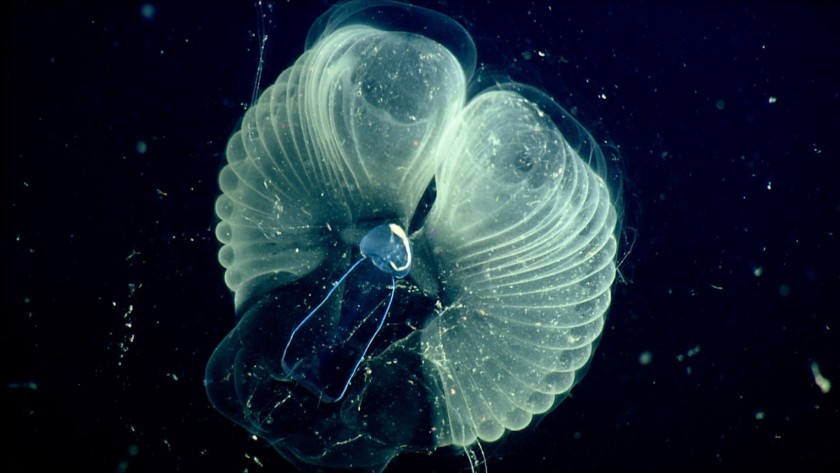 Robison spent years in the open ocean studying these gelatinous animals, which are too large and too fragile to bring back into a lab.

Known as giant larvaceans, they inhabit seas across the world.