On Friday July 12, 1985 President Ronald Reagan was due to have a polyp removed at Bethesda Naval Hospital in Maryland.

That afternoon First Lady Nancy Reagan called the president’s Chief of Staff Don Regan to inform him that the operation might be delayed for a day and a half. 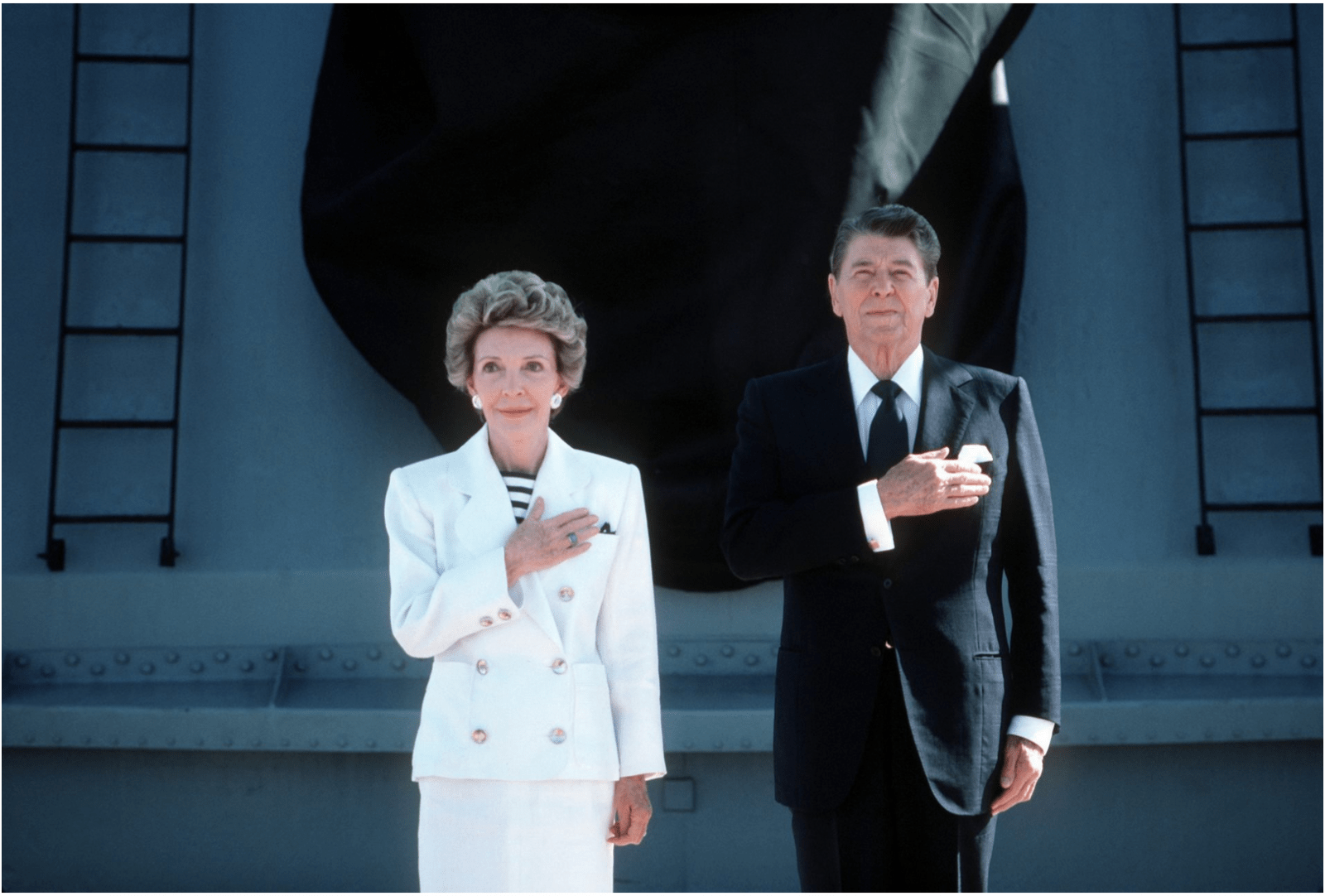 For a moment that Friday he became concerned that the postponement could have been prompted by some last-minute medical complication but almost immediately he sensed that the surgery was more likely to have hit an astrological barrier.

In his book, On the Record, Regan revealed that the First Lady had sought to change the timing of the surgery after consulting with her astrologer who, Regan wrote, “had become a factor in my work and in the highest affairs of the nation…” repeatedly forcing him to reschedule press conferences and re-arrange official travel plans.

Regan never got to meet Nancy’s crystal gazer; the First Lady would just pass along the ‘prognostications’ to him and he would adjust the President’s schedule accordingly. The whole thing came to a boil in 1987, leading to Regan’s resignation but by the time the revelations hit the press Reagan was nearing the end of his presidency and any damage was inconsequential. Ronald Reagan is now revered. US presidential myth making tends to roll over the negative, exaggerate the mundane and normalise the abnormal.

It is quite tempting to contemplate the potential improvement to Trump’s chaotic presidency were Melania Trump also inclined to consult with an astrologer before letting her husband take major decisions – like withdrawing from the World Health Organisation or hitting China with tariffs. The prospect could even open the game up for foreign capitals to deploy their own horoscopic experts to foresee Trump’s convulsions.

It might seem unfair to compare the wobbly and naïve Reagan with the incoherent and criminal Trump but the point here is how presidential candidates who, on paper, are unfit for high office are able to travel an unrestricted path to the White House. How easy it is for celebrities and businessmen devoid of political, socio-economic nous or of policy-making fundamentals to generate a snowballing of followers, business donors, media backing, PAC endorsements and, in the end, inescapably, political party support.

So deep has the decay been that the nostalgia that the Trump circus now provokes makes Reagan seem a paradigm of stability and robust leadership. And yet, Reagan’s was the first presidency where it became blatantly apparent to the rest of the world that the institution was losing its gravitas. Richard Nixon’s dirty tricks brought disrepute to the White House in the 70s but hadn’t eroded that sense of awe that the institution itself drew. In fact, Tricky Dick’s Watergate machinations heightened global intrigue about Washington’s corridors of power.

When Reagan arrived in the 80s he spun an image as the great communicator, the friendly wise-cracker. The media relished it. His photogenic smirk, his cowboy one-liners and Nancy’s astral strategies would not, however, turn him into a great leader. He brought successes – for the conservative-minded – but they came from those with experience taking charge of policy. From his VP, the one-time CIA director George Bush Senior to George Shultz and from James Baker to Don Regan himself. They were the ones doing the job while Teflon Reagan gave rehearsed responses that avoided exposing his ignorance on the detail.

Admittedly, in his second term as the undisputed leader of the Free World Reagan outplayed Gorbachev in their summits, securing the all-important nuclear missiles elimination treaty. But Gorbachev was open-minded and, by then, desperate.

Despite having risen from the obscure and unrelated background of B-Movies and actors’ trade unions, Reagan arrived in Washington with greater governmental experience than Trump had in 2016, having served as Governor of California. Still, he was not a politician’s politician and it showed. Like Trump he played politics as if it was television. He only just got through the Iran-Contra affair that saw weapons sold to Iran as a way to channel funds to Nicaragua’s rebels. He was a more charming liar than Trump could ever be and in his later years one would almost feel sorry for him when he became slower, his punchlines losing their spark and conviction.

Reagan normalised the notion that a president didn’t have to be a smart, policy-driven visionary, he (it was only he then) only had to be able to rally the people, make them feel good and let the ship be steered by the elite crew and the brute force of the US engine room. Reagan opened the door for Trump and his type. But now the ship’s rudder is failing, the engine room is depleted, the bridge is full of sycophants and the captain keeps on lying.

Politics is brimming with floaters entirely unfit to ever hold high office. Trump has given them tremendous hope. By the end of Reagan’s presidency Don Regan became deeply critical of the man despite his continued admiration for him. He wrote that “Rulers are not judged like other men”, which is precisely why the line linking know-nothings to political office should be broken.

It is not impossible to devise a solid and fair formula that would entrench education, expertise, rationality and suitability as absolute pre-requisites for anyone seeking access to political power.

Not to mention a basic capacity to form complete sentences.