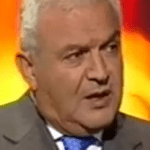 Here we see the government of a country aspiring to become a member of the EU, threatening to flood the very same EU she fervently wishes to join, with millions of refugees, migrants and destitute people.

In an article under the title, “Turkey threatens to ‘open the gates’ to Europe for refugees”[1] Deutsche Welle warned its readers on 5 September, 2019 of the impending flood.

We thus see an EU-applicant threatening to inflict punishment on the very Union it wishes to join if her demands to occupy parts of another country are not met. Psychologists call this kind of behaviour extortion. The Collins Dictionary defines extortion as “…the crime of obtaining something from someone…using force or threats.”  Apparently Turkey is not happy with the support she is receiving from the EU and USA in her adventurism in neighbouring war-torn Syria. The outrageous part in this matter is the high degree of tolerance the EU/USA are showing towards Turkey under such extortionist conditions. One can only wonder what line these two would have taken if another country, Serbia for example, had shown such brazen behaviour. Though the official EU rhetoric is backing Greece, there are still many ‘left-liberal’ members in the EU, such as Finland that call Greece’s decision to defend her borders and stop for while asylum seekers ‘wrong’, in an effort to stem the potentially catastrophic situation she is facing now on her borders. Others such as Foreign Policy (March 5, 2020) come out unashamedly in support of Turkish propaganda, accusing Greece under bizarre headings such as this, “Europe’s Morality Is Dying at the Greek Border”. No mention of Turkey’s sinister plans to use human penury and destitution as weapons in support of her political and military objectives against Greece in particular. FP also accuses Bulgaria for defending her borders and in this way absolves ‘angel’ Turkey of blame. Here is an  excerpt, “This week, Greece’s northern border with Turkey and the Bulgarian-Turkish borderlands, too, have witnessed brutal, violent scenes reminiscent of war zones”[2] This piece sees two sides as follows: ‘brutal’ Greece and Bulgaria (both targets of Turkey’s neo-Ottoman expansionism) on the one side and fair-minded and kind Turkey on the other. The writer conveniently forgets the realities on the ground and Turkey’s abominable human rights behaviour which Beril Eski of Amnesty International Turkey succinctly described on 3 May, 2019 under the title, “Turkey: The world’s largest prison for journalists.”[3]  But FP is not alone in seeing black as white and vice versa. Some misguided members of what is commonly called ‘left-liberal’ follow more or less the same line and see nothing gross in potentially millions of people deliberately carted to the Greek border by Turkish officials to tear down her fences and violently try to gain entry on instructions from Turkey. Seriously, I find it difficult to see what is so ‘liberal’ in their support for autocratic Turkey in her attempt to cause harm to Greece and the EU in general!  Let us see what Rachael Kennedy had to say on Euronews on 28.02.2020 as regards the realities on the ground in a piece under the title “Turkish mayor arranges free bus services for refugees to the border with Greece.” Quoting the Turkish mayor of Bolu, Kennedy, noted, “Tanju Özcan, the mayor of Bolu, said he would lay on buses for as many refugees who wanted to get to the Greek border [550km away][4].

What the ‘liberals’ fail to see is that for Turkish propaganda purposes once these unfortunate people reach the Greek border Turkey traps them using military force and blocs their retreat back to Turkish camps.  This fact is ignored by the ‘left-liberals” in Europe and Greece, but also in the USA, that is not only adopting Turkish propaganda, but also giving it a multiplier effect.  Here is the reality that Hürriyet Daily News reported on March, 05, 2020  “Turkey is deploying 1,000 special police forces along its border with Greece to halt the pushback of migrants towards its territory, Interior Minister Süleyman Soylu said, adding that 164 migrants had been wounded by Greek authorities.” Notice Turkish propaganda manifested through her apparent ‘concern’ for ‘wounded refugees’. The reality of course is that Turkey does not care a single iota about the health of these people, otherwise she would have advised them to stay put, particularly as she gets EU refugee funding.[5]

Nor are Greece’s divisive internal politics helping truth, either, as the opposition is always at the ready to accuse the Greek government of ‘mishandling’ the migration problem, thus providing fodder to Turkish propaganda and arguments to the ‘left-liberal’ Greek opposition Syriza party.   Most importantly, such attacks by the Greek opposition take the spotlight away from Turkey, that is the main creator of the human misery, to serve her own objectives.  The Greek opposition, unwittingly perhaps, helps Turkey not take full blame for what is happening on the ground. Take the recent (2 March, 2020) Syriza accusations of ineptitude against the serving Greek government, “For the last seven months, [the government] continues to proceed without any plan for handling the refugee and migrant crisis…”  Such ill-thought statements unavoidably lead some to think that the problem lies with Greece, as no reference is made to Turkish machinations. The above accusations came under the blustering title of “10 Tragic Mistakes in Handling Refugee/Migration Crisis” in the National Herald of 15.03.2020.[6]  Now take the following flatulent propaganda-slogan, seen during a recent demonstration organised by Greek ‘leftist-liberals’:  “Greeks and foreigners, workers and youth, can live together and fight against exploitation, war, nationalism and racism.” Though this slogan makes reference to exploitation, it fails to mention Turkey as exploiter of people’s destitution and their trapping at the borders.  It is a tautology, of course, to say that “Greeks and foreigners, workers and youth, can live together…” seeing the Greeks have been most generous with their hospitality and in fact even boast an ancient Greek God of hospitality; Zeus Xenios (Zeus the Hospitable).  These ‘left-liberals’ fail to see that the problem-generator is Turkey, that is shunting poor people in boats and buses and sending them to their fate to promote her sinister but publicly articulated plans. Equally, we often see the same ‘standard’ group of Greek university teachers, known in Greece as ethnomidenistes (literally ‘nation-nullifiers’), gathering signatures against racism (meaning: support for open borders irrespective of consequences).  This group basically turns Turkish exploitation of destitution into an accusation of racism against their own country, Greece. This same group in 2004 called on the Greeks of Cyprus to accept capitulation to Turkey through the Anan Plan which people trashed by a large margin in a referendum.

But here is another germane question that needs to be answered before concluding this piece: are the people Turkey sends to Greece’s borders genuine refugees? Apparently not, say Greek statistics and the Greek Prime Minister in a recent (06.03.2020) interview on the not-so-objective-on-the-matter CNN. Many of these people have been in Turkey for many years and speak Turkish well, with the vast majority not coming from Syria, the Greek Prime Minister said in his interview. They were groomed by Turkey to play their part on the Greek border. The latest statistics from the Greek government show that only four per cent of the “refugees” trying to violate the Greek border are Syrians. Of the 252 that were detained by the government at the border, 96% are not Syrian, as Turkish and ‘left-liberal’ propaganda made them out to be.  They mainly come from Afghanistan, Pakistan, Turkey itself, Somalia, Iraq, Iran, Morocco, Bangladesh, Egypt. The common denominator amongst these ‘refugees’ is that they are co-religionists of the Turkish administration.  The other common factor between them is of course the fact that they are all unfortunate victims and pawns in the hands of Turkey.[7]

Clearly the time has come for the EU to take a firm stand on Turkish exploitation of poor and destitute refugees/migrants, and to treat Turkish violations and machinations in the way the EU would have treated any other instigator and harasser-country. Equally, the EU fraternity ought to come to the aid of EU-member Greece unreservedly, seeing that for years this country has been taking the brunt of Turkey’s extortion of the EU for money. The best thing that the EU can do now is to help Syria financially to enable her to take back her citizens to the relative safety most of the country is now enjoying with Russian help. Turkey should not get any money for any migrants she exploits.  Most importantly, the EU and the World Bank should provide Syria with massive aid and loan packages to kick-start her economy, create jobs and rebuild its destroyed infrastructure, so that the Syrian people can live in harmony and peace without Turkish interference, and free of armed gangs. The whole region in fact needs stability which the shameful exploitation of unfortunate people is not providing now.