Police rounded up dozens of peaceful opposition and civic activists, beating and roughing them up while forcing them onto buses and into police cars. 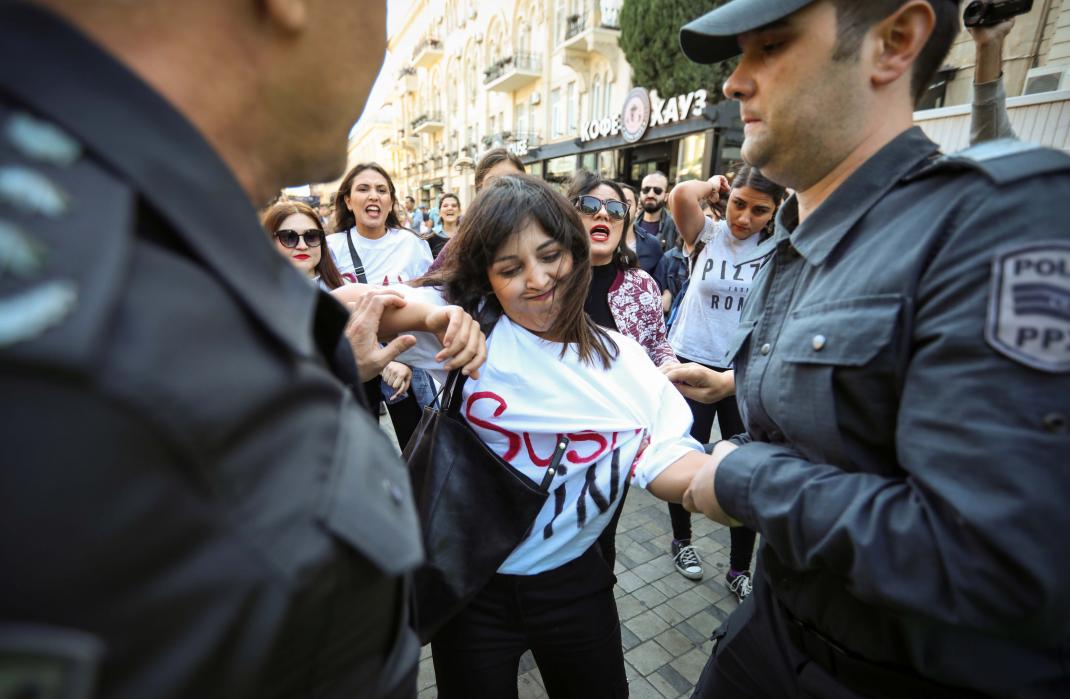 Among those detained was the leader of the opposition Popular Front Party, Ali Karimli, who sustained numerous injuries at the hands of law enforcement officers while detained for several hours.