Re: Maritime Boundary Disputes in the Eastern Mediterranean: Crises and Opportunities

I write to request your urgent intervention in defusing a looming crisis directly affecting the vital interests of all coastal States in the Eastern Mediterranean as well as, indirectly, those of dozens of others in Europe, Asia and Africa. Specifically, your assistance is required to help resolve the inter-related maritime boundary disputes among the coastal States of the region in accordance with the principles and processes enshrined in the United Nations Charter and international law. 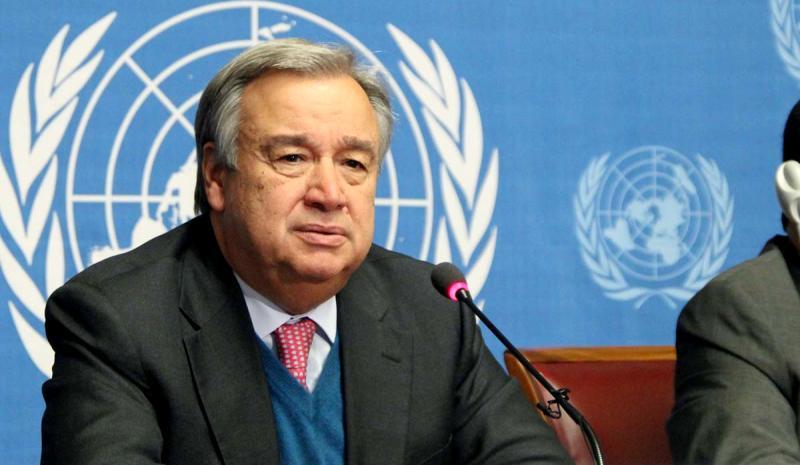 These longstanding boundary disputes have contributed to numerous confrontations between States in the past. The number and severity of international crises currently raging in the region and its periphery have increased tensions to dangerous levels. In addition, the relatively recent discovery of abundant oil and gas deposits offshore of several Eastern Mediterranean countries has dramatically raised the economic stakes attaching to maritime boundary disputes. As a result, several major powers – including the United States, the United Kingdom and France, on one side, and the Russian Federation, on the other – have significantly increased their naval and other military activities in the region. The presence of dozens more warships and warplanes in such a relatively enclosed geography virtually guarantees an increase in friction. As a result, it imperils the maintenance of peace and security in the region, and it hampers the economic development of the relevant coastal States and their peoples.

Only one thing can provide a chance for the lasting stability that has eluded the Eastern Mediterranean for so long: an integrated, interdisciplinary approach, based on “best law” and “best science”, one that resolves these maritime boundary disputes justly and fairly. The United States has used its good offices to promote, support, or even mediate various forms of dialogue among States in the region, and appears to have made some progress (especially between Lebanon and Israel). While this effort has helped to contain mounting tensions, it has yet to resolve any of the key maritime boundary disputes in the region.

The best hope for effectively settling these matters in a timely fashion lies in greater involvement by the United Nations. The manner of that involvement may vary from case to case depending on the circumstances, but in general, only the UN and its institutions have both the legal and the moral authority to lead such processes to just and fair conclusions. I know I speak for millions of people I have never met when I respectfully request your personal intervention at this critical juncture.

The seven coastal States currently involved – Cyprus, Egypt, Greece, Israel, Lebanon, Syria, and Turkey – are all UN Member States. A possible eighth coastal State, Palestine enjoys both non-Member Observer State status at the UN, as well as official recognition by more than two-thirds of UN Member States. Cyprus, Egypt, Greece, Lebanon and Palestine have all signed and ratified the 1982 United Nations Convention on the Law of the Sea (UNCLOS). Israel is a party to the 1958 Convention on the Territorial Sea and the Contiguous Zone, and to the 1958 Convention on the Continental Shelf. The latter treaty has also been signed and ratified by Cyprus, while Lebanon has signed but not ratified the 1958 treaty. Syria and Turkey are not parties to any Law of the Sea treaties, but they are still bound by relevant rules of customary international law.

The International Court of Justice (ICJ), which is the UN’s principal judicial organ, has affirmed in multiple cases that the maritime delimitation rules contained in UNCLOS reflect customary international law and, as such, are applicable generally. A body of jurisprudence regarding maritime boundary delimitation has developed through two dozen decisions by international courts and tribunals rendered over the past half-century. This jurisprudence offers an authoritative  guide for coastal States in solving their maritime boundary disputes.

In addition, like the legal framework and processes, the scientific landscape is now better defined – and therefore more predictable – than ever before. The latest mapping technologies and techniques are so reliable that what were once unpredictable variables can now be estimated with amazing precision. This means that any international court or arbitral proceedings or other means of maritime boundary dispute resolution are rooted not just in the same laws and rules, but also in the same science. As a result, governments can now enter into such processes and predict, with a high degree of certainty, what the outcomes will be, removing much of the guesswork that might otherwise cause them to demur or delay.

For purposes of the legal and scientific rules applicable to maritime boundary delimitation under contemporary international law, a total of 12 maritime boundaries can be said to cover the maritime spaces for the seven coastal States in the Eastern Mediterranean. At present only two bilateral maritime boundary treaties have been signed in the region: 1) the Agreement between the Republic of Cyprus and the Arab Republic of Egypt on the Delimitation of the Exclusive Economic Zone of 17 February 2003 (entry into force 7 March 2004); and 2) the Agreement between the Government of the State of Israel and the Government of the Republic of Cyprus on the Delimitation of the Exclusive Economic Zone of 17 December 2007 (entry into force 25 February 2011). This means that no fewer than 10 potential boundaries and more than six tri-junction points (or “tri-points”) – i.e., more than 83% of the total maritime area of the Eastern Mediterranean – remain unresolved or in dispute.

As of April 2019, all seven coastal States in the Eastern Mediterranean had active offshore hydrocarbon industries, with approximately 238,135 square kilometers of waters covered by some 231 available Oil and Gas Blocks, representing just over 51% of the total offshore waters in the region. Of the present-day blocks currently on offer, up to 36% can be classified as “contentious” due to uncertainties regarding the exact locations of maritime boundaries.

As a consequence of the uncertainties surrounding the vast majority of the maritime boundaries in the Eastern Mediterranean, future economic development stemming from seabed hydrocarbon discoveries and exploitation will be negatively affected, thereby reducing overall revenues for the region. (NB: for the Mediterranean Sea as a whole, there are 95 maritime boundaries, of which only 31 (or 32%) are treatied, while 64 (or 68%) remain unresolved or in dispute.)

As you well know, according to Article 33 of the UN Charter, “[t]he parties to any dispute, the continuance of which is likely to endanger the maintenance of international peace and security, shall, first of all, seek a solution by negotiation, enquiry, mediation, conciliation, arbitration, judicial settlement, resort to regional agencies or arrangements, or other peaceful means of their own choice.”

Given the rights and duties enumerated under Article 33, and following the successful precedent set by your predecessor in facilitating the 2016 agreement between Gabon and Equatorial Guinea to have their maritime boundary dispute referred to the ICJ, I humbly request that you consider appointing a Special Advisor and publicly expressing your readiness to launch a UN mediation process aimed at resolving similar disputes in the Eastern Mediterranean. Your personal engagement and imprimatur are of vital importance to help the affected countries succeed in resolving their boundary disputes peacefully and in accordance with international law.

It should be noted, too, that while even the active role of the United States is insufficient, on its own, to bring about the resolution of all boundary disputes in the Eastern Mediterranean, its continuing engagement is almost certainly necessary. Given that US mediation has been particularly helpful for limiting tensions in one of the region’s most dangerous relationships – the one between Israel and Lebanon – its backing of UN efforts on other fronts looks a lot like a prerequisite for success.

The aforementioned steps would help instill new momentum in the process – and confidence in the parties – at a critical time, when recent discoveries of oil and gas deposits in maritime zones of overlapping jurisdictions demand major investment decisions by foreign investors and the national oil companies of the countries involved. Offshore seabed hydrocarbon activities in recent years have resulted in a series of important discoveries, including two massive finds: Leviathan, discovered off the Israeli coast in December 2010 and reported to hold 22 trillion cubic feet (Tcf) in gas reserves; and Zohr, discovered off Egypt in August 2015 and reported to contain 30 Tcf. Both discoveries, which are proceeding to the development stage, lie in close general proximity to the boundaries delimited by the aforementioned bilateral treaties.

Once a Special Advisor has been appointed by you, it would be even more helpful if you could facilitate a multi-party ministerial meeting on the boundary disputes in the Eastern Mediterranean at UN Headquarters in New York, at the UN Office in Geneva, or at some other convenient and appropriate location. Preparatory meetings by technical teams representing the countries involved, assisted by neutral experts in maritime delimitation, could be organized before such a high-level meeting, a process that could then be replicated for additional sessions going forward.

Your active leadership in securing mutually acceptable solutions for the maritime boundary disputes in the Eastern Mediterranean would not only help strengthen respect for the international rule of law, but also would contribute to lasting peace and improved neighborly relations in the region. In addition, the peaceful resolution of these disputes would likewise constitute a source of inspiration for countries facing similar challenges around the world.

Thank you for your consideration.