At least 11 people have died trying to climb Mount Everest this year.

Kami Rita Sherpa, who’s been to the world’s highest summit more times than anyone else, tells the BBC too many climbers…

On 13 May, exhausted and struggling to breathe, Yunfei Wang, a Chinese climber in her early 30s, staggered into Camp 3. 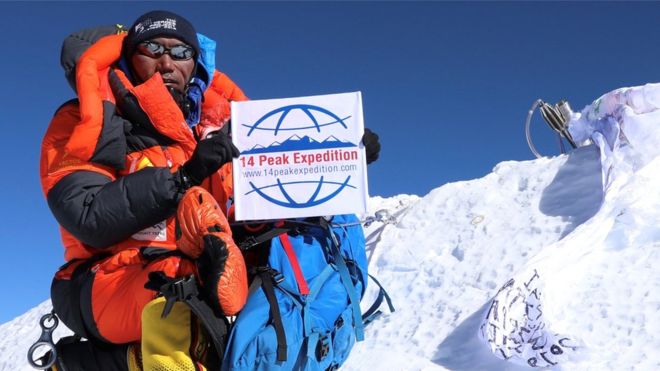 But the expedition was not going to plan and her dream of scaling Everest was slipping away.