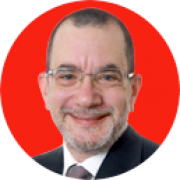 Brexit and similar populist movements in Europe have prompted Brussels to question itself and its policies.

Whatever happens to these insurgencies, there must be a wholesale re-examination of how the EU treats states and economies dependent on it —both inside and outside its borders.

Since the founding of the European Union, it has almost by default become associated with international solidarity, open trade, and rights for citizens.

This is a natural consequence of any union between countries of varying income levels and geopolitical significance, and…