Venezuelan authorities say they are putting down a small coup attempt after opposition leader Juan Guaidó announced he was in the “final phase” of ending President Nicolás Maduro’s rule.

He appeared in a video with uniformed men, saying he had military support. 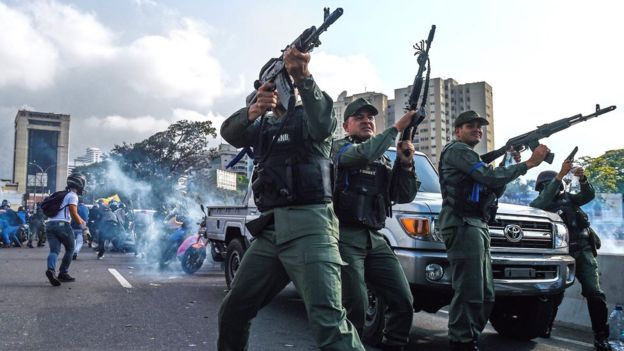 Mr Guaidó, who declared himself interim president in January, called for more members of the military to help him end Mr Maduro’s “usurpation” of power.

But military leaders appeared to be standing behind Mr Maduro.