Jody Wilson-Raybould says government officials tried to persuade her to shield the company from prosecution in a corruption case. 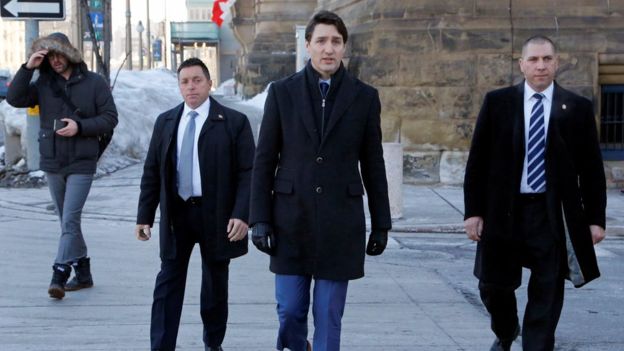 She gave an audio recording and other materials to a Commons committee.

The files were released publicly on Friday and are likely to increase pressure on Mr Trudeau.

He has struggled for weeks to contain the fallout from the controversy.