The signing took all of 10 minutes.

Neither man uttered a word as they inked nine documents agreeing to halt more than three years of brutal fighting.

When it was done, the American and North Korean generals exchanged one long, cold stare before leaving the room. 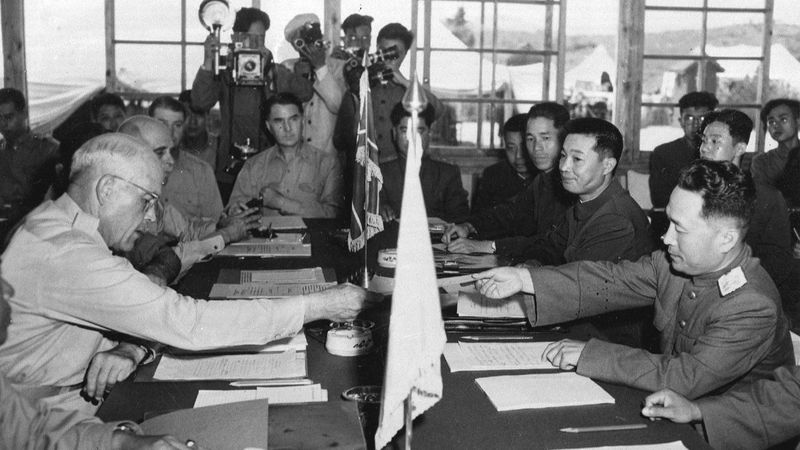 The cease-fire agreement was “just a suspension of hostilities, which may or may not be preparatory to permanent peace,” he said at the time.