Pristina badly needs a new mosque – but Turkish attempts to court the young Balkan state with investment and advocacy is making some uneasy.

It is six years since Islamic leaders and government officials laid the cornerstone of Pristina’s new central mosque – a slab of stone now hidden beneath weeds in a parking lot. 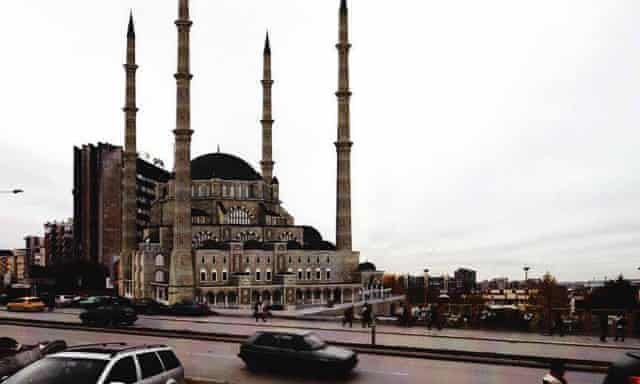 Pulling back the weeds reveals it is covered with bright red graffiti – death threats to Kosovo’s chief mufti, along with the words: “No Turkish mosque or there will be blood.”

There has been controversy over the design, including rejection of plans drawn by esteemed…