The United Nations says 85 former Farc rebels have been killed in Colombia since the group signed a peace accord with the government two years ago.

Most of the murders were by illegal armed groups and drug gangs fighting over former Farc territories, UN chief Antonio Guterres said in a report. 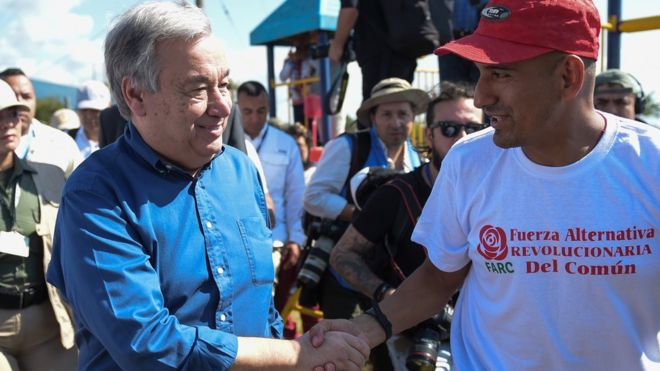 Mr Guterres urged Colombian President Ivan Duque, a vocal critic of the peace deal, to do more to protect ex-rebels.

Colombia suffered 52 years of conflict until peace was reached in 2016.

The Farc, or Revolutionary Armed Forces of Colombia, is now a political party known as the…