94-year-old Esther Bejarano moved to Palestine in 1945, 15 years later she returned to Germany due to Israel’s policies against Palestinians.

Auschwitz survivor, 94-year-old Esther Bejarano, expressed support for the Palestinian-led Boycott, Divestment, and Sanctions (BDS) movement because she has “experienced what fascism is.” 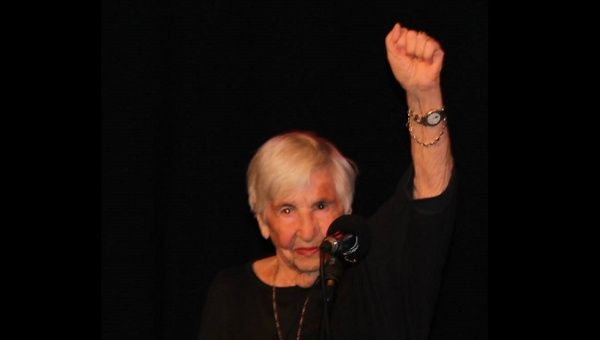 Bejarano was sent to Auschwitz in the early 1940s.

She escaped death thanks to her musical talents and mixed Jewish-Aryan ancestry.

After World War II she emigrated to Palestine but 15 years later she returned to Germany, escaping Israel’s “fascist” policies against Palestinians.