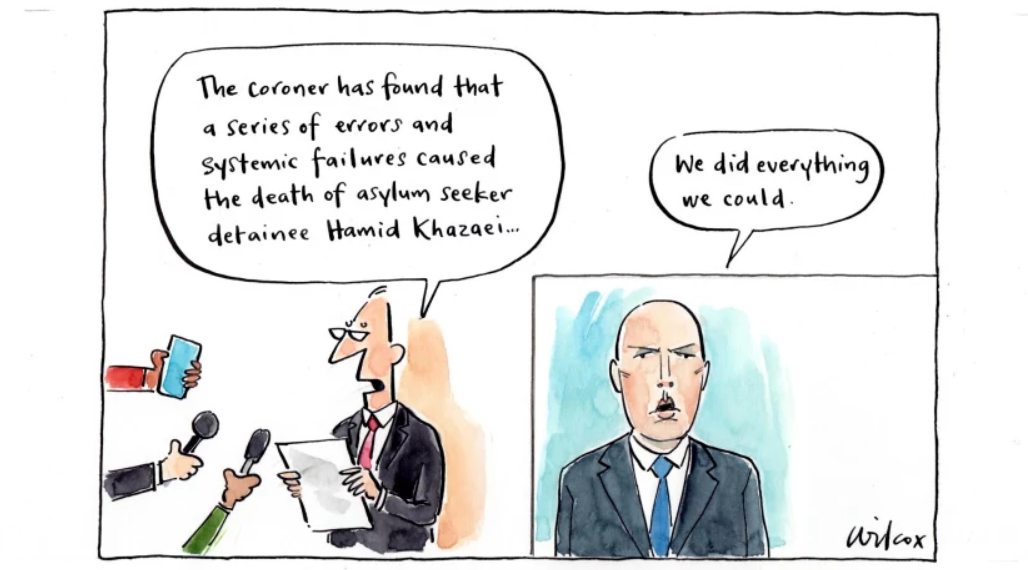 A breach of the 1951 UN Refugee Convention RG Menzies freely signed in 1954.

The death of Hamid Khazaie is now world history as a preventable death in administrative  immigration detention, in itself illegal in PNG.

But there is so much more.

The Biloela Tamil family with two babies,  remains locked up in Melbourne Detention.

The body of the young Iranian who could stand it no more on Nauru, lies in an undertaker’s vault in Brisbane and his widow, mother and 12 year old brother are refused travel to bury him.

Mojgan the Brisbane  student plucked out of Year 12, separated from her Australian resident husband, and re detained  in Darwin detention is now living in Brisbane with uncertainty, on a visa that is temporary.

And  “ Ali”, the 63 year old Hazara refugee is dying with terminal cancer in Brisbane immigration detention, when 2000 doctors signed a petition telling the Minister that palliative support and medical services on Nauru are not at an Australian standard, and Ali must be brought here.

There are 60 000  + people residing among us illegally without a valid visa, yet a proven Afghan  refugee who came the dangerous way by boat five years ago,  is deprived at the end of his days of the freedom he dreams of for his family, for which he risked his life.

Like tens of thousands of Australians, this makes me ashamed and sad.