STOCK markets across the world have rallied after the United States and European Union agreed to measures to avert a full-scale trade war.

President Trump said both sides had agreed to “work together towards zero tariffs”.

And he announced the EU had agreed to increase American exports of liquefied natural gas and soybeans to Europe. 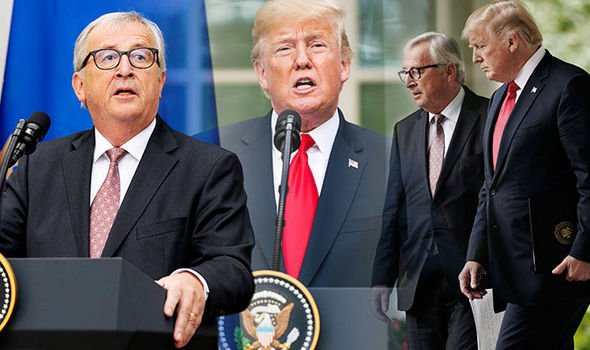 MSCI’s gauge of stocks across the globe gained 0.53 percent after earlier flirting with losses.