Australia’s population growth has outstripped official expectations for more than a decade, according to the Government’s own estimates.

The Intergenerational Report provides “a projection into the future, giving us an estimate of the challenges we face as a nation”. 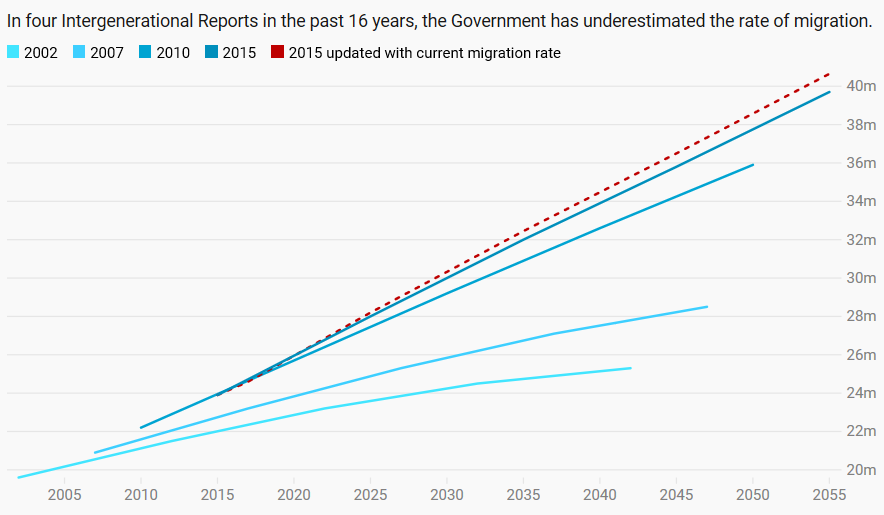 But across the four reports stretching back to 2002, the Government has repeatedly underestimated how fast the population is growing.

In 2002, the first report assumed net overseas migration would continue at 90,000 people per year.