Eritrea and Ethiopia are to re-establish diplomatic and trade ties after long years of hostility.

Ethiopian Prime Minister Abiy Ahmed and Eritrean President Isaia Afwerki made the announcement during a landmark meeting in the latter’s capital Asmara.

It is the first time the leaders from the two East African neighbours have met in almost 20 years. 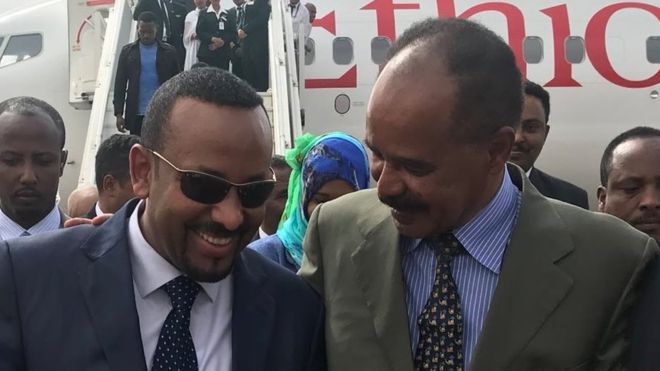 Relations were severed following a border dispute which killed tens of thousands of people in the late 1990s.

A peace deal was signed in December 2000. However, Ethiopia refused to accept the final ruling of a…