The whale shark is the largest fish in the world, but much of its lifecycle remains shrouded in mystery.

These gentle giants gather in just a handful of places around the globe – something which has long baffled scientists – but our new research has started to explain why. 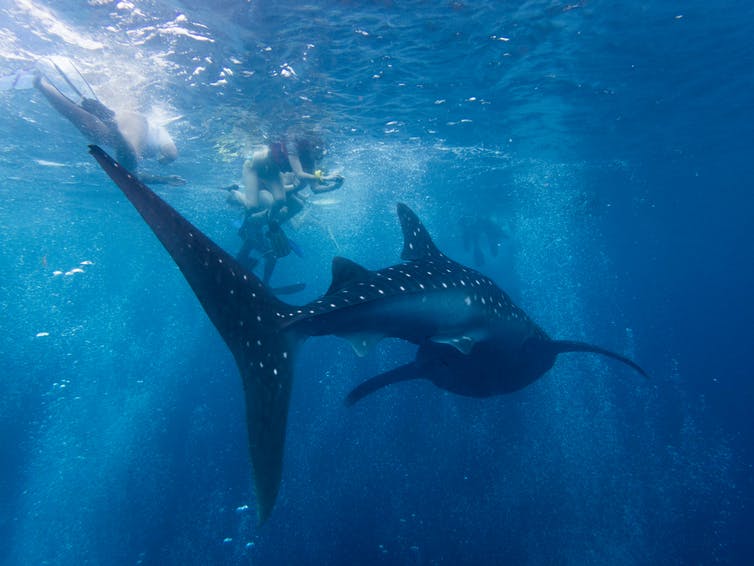 Better understanding of whale shark movements could help prevent further population loss in a species that has already experienced a 63% population decline over the past 75 years.

When swimming solo, the whale shark, which can grow up to 18.8 metres in length and 34 tons in weight, travels all over the…