Hong Kong’s annual pro-democracy protest saw one of the lowest turnouts in history, as thousands braved sweltering heat to protest against Beijing’s tightening grip over the city on the 21st anniversary of its return to Chinese rule.

Organisers said 50,000 protested, in one of their lowest estimates since the annual march started in 2003. 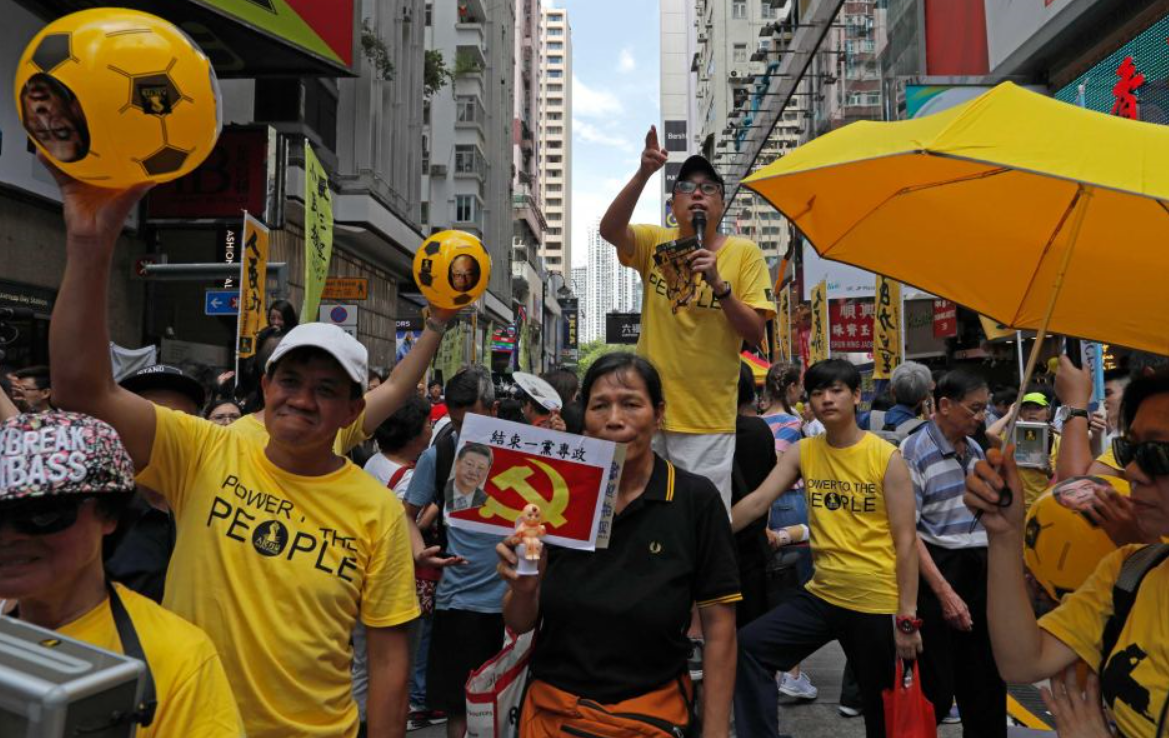 Police said 9,800 attended at the peak — the lowest figure on their record.

Hong Kong’s opposition has lost much steam in the past year, which saw elected pro…