For the first time since the collapse of the Byzantine Empire, the Eastern Mediterranean is in the midst of a tectonic shift.

The region presents all the required attributes to function as a distinct sub-regional system in the 21st century’s international environment. 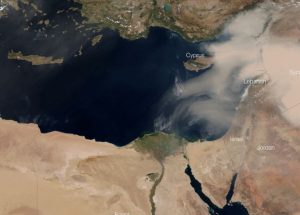 The Eastern Mediterranean holds the interest of the great powers (the US, Russia, and China); it contains resolute regional actors that influence the sociopolitical orbit of the region (Israel, Egypt, and Turkey); and international diplomacy may create firm ties between states that go far…