As many as 50,000 people have fled separate offensives against rebel forces in northern and southern Syria in recent days, activists say.

About 30,000 have left the northern town of Afrin as Turkish forces and their allies stepped up a siege.

In the Eastern Ghouta region outside Damascus, some 20,000 have left areas targeted by Syrian government forces. 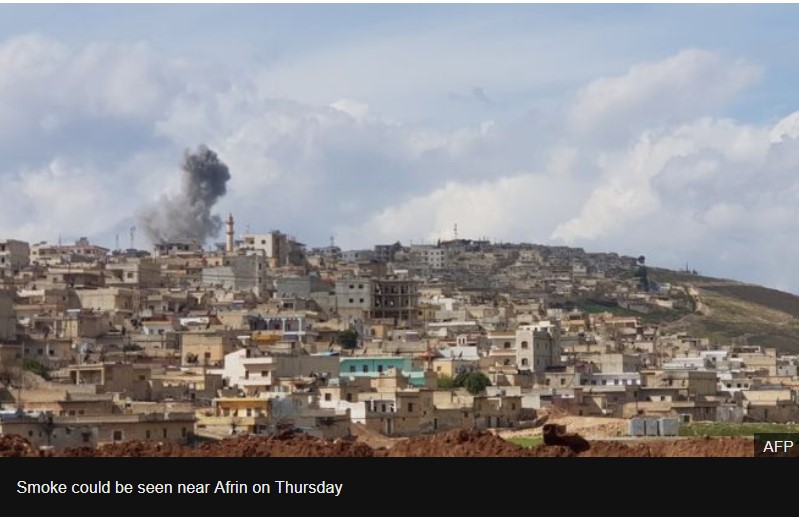 The mass movements come seven years into a war which has driven nearly 12 million people from their homes.

At least 6.1 million are internally displaced while another 5.6 million have fled abroad.