Canada has announced it is expelling Venezuela’s ambassador to Ottawa, Wilmer Barrientos Fernández, and its charge d’affaires, Ángel Herrera. 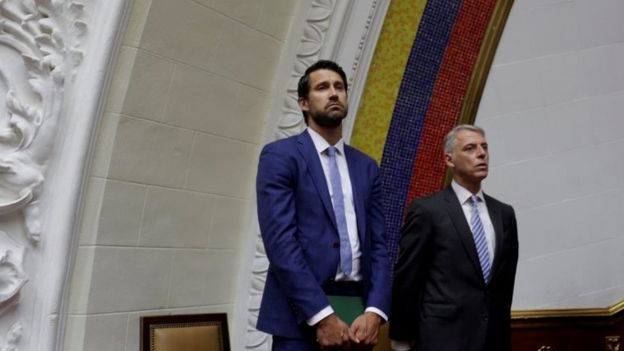 Venezuela had accused Canada of meddling in its internal affairs.

Canada has criticised the government of President Nicolás Maduro over its human rights record.

More than 120 people were killed during months of…