A record amount of solar power was generated on Friday as Britain basked in sunshine and temperatures of up to 28C, the National Grid has said.

It said 8.7 gigawatts (GW) had been generated at lunchtime, representing 24.3% of total generation across the UK. 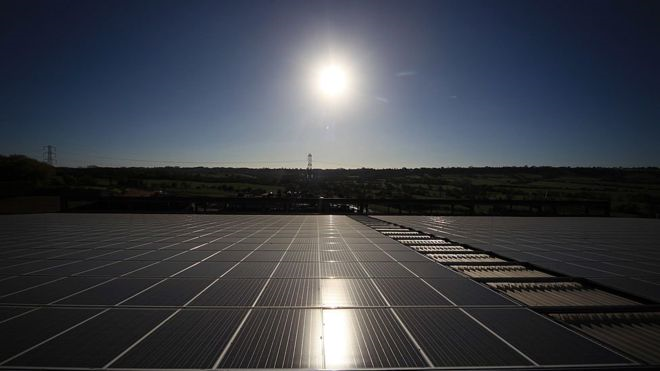 Duncan Burt, head of control room operations at National Grid, called it the “beginning of a new era”…