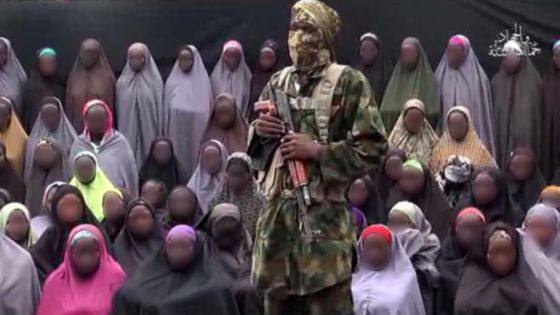 The Nigerian Islamist group Boko Haram has released a video showing some of the schoolgirls they abducted from the northern town of Chibok.

Some 50 girls are shown with a gunman who demands the release of fighters in return for the girls, and says some girls died in air strikes.