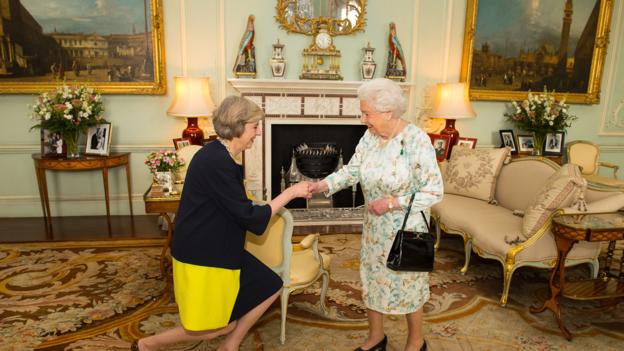 As the new Prime Minister Theresa May is photographed kneeling before the Queen, Kelly Grovier looks at a 16th-Century artwork that reveals as much as it hides..

After days of political tumult in Westminster, a single image of calm suddenly emerged on Wednesday evening from the inner sanctum of royal authority: The Queen granting private audience to a genuflecting Theresa May, who has succeeded David Cameron as prime minister of the United Kingdom.

Easily dismissed as nothing more than a shiny scrap of pageantry, the photograph of the newly selected leader of the…

Source: BBC – Culture – What does this image tell us about Britain?