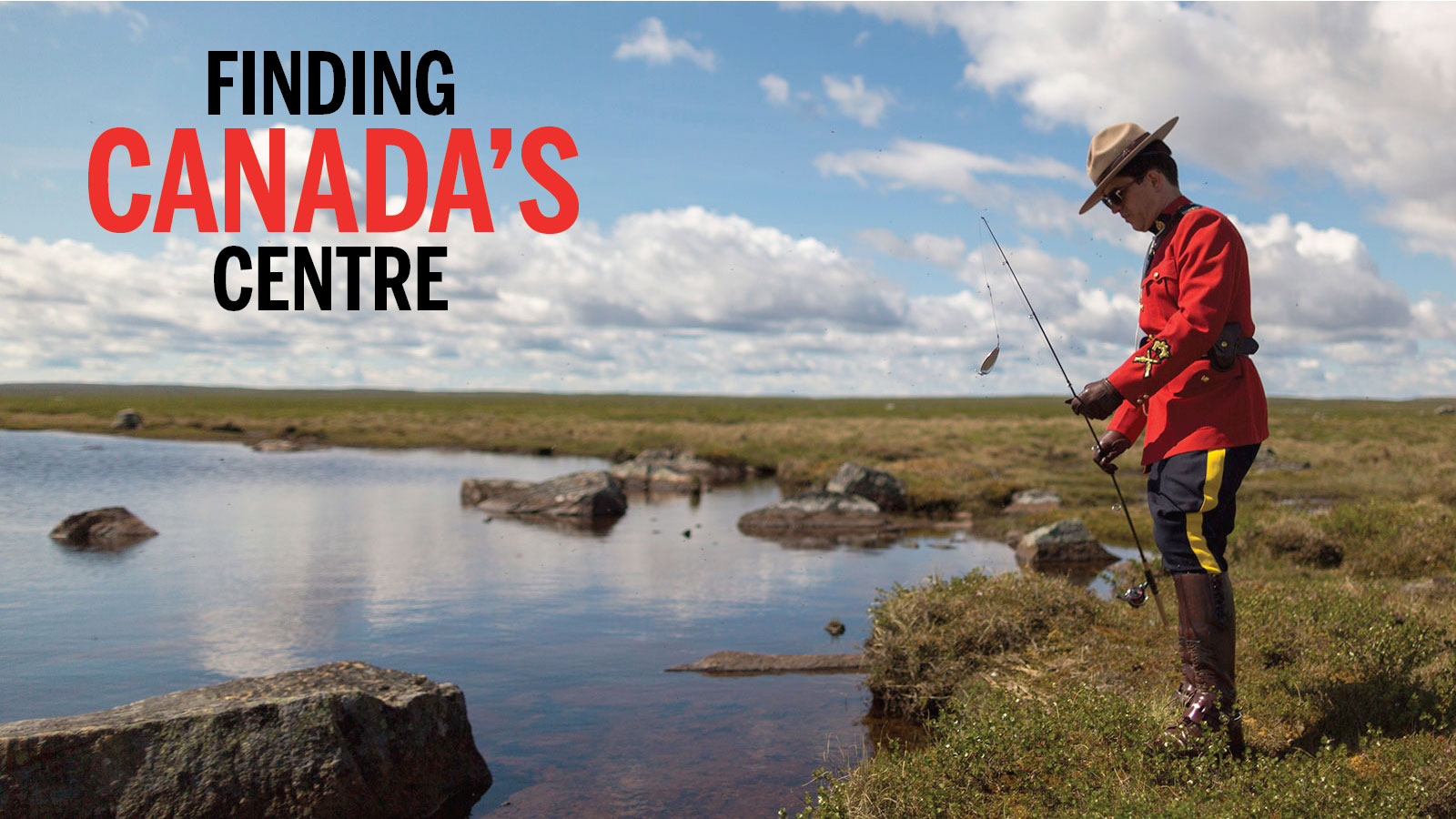 When we discovered our nation’s geographic middle was not where everyone thought it was, we had to go there.

The spirit of Canada guided every step..

I’m standing on Arctic tundra at the exact centre of Canada, wearing a stranger’s jacket, bearing a pebble from Parliament and whooping with glee with a helicopter pilot, a videographer, two Inuit guides and a dog named Diesel.

Amid a metropolis of mosquitoes, I dig a Canadian flag into the moss at the coordinates and set down a canister, dated July 1, 2016, as a geocache…

Source: How to find the centre of Canada