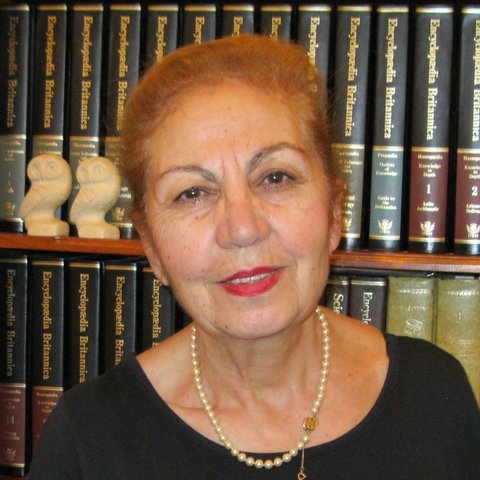 Hera Patiniott was born in Famagusta, Cyprus where she graduated from secondary school. She migrated to Australia as a refugee after the Turkish invasion.

She holds a Bachelor’s Degree in Political Sciences and Public Administration.

She has also studied Nursing in Athens and Midwifery in London.

In Australia she did a graduate diploma in Health Counselling with a special interest and work in Health Promotion Strategies.

She specialised and worked for many years at the Neonatal Intensive Care Unit of the Adelaide Women’s and Children’s Hospital.

She always considered it as her main role to be the supporting link of her uprooted family.

Feeling appreciation and love for the country which accepted her to give back as much as she can.

Being fortunate to have travelled extensively, she thinks of herself a citizen of the world.

Always feeling strongly for justice and having lived the injustice which Cyprus has suffered, she joined SECA, “The Justice for Cyprus Committee” and she served for years as secretary.