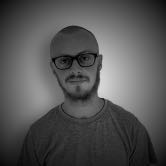 Felix currently works as the Distribution Coordinator of Refugee Aid Serbia, a humanitarian aid organisation that provides essential and immediate aid to those transiting the Balkan route.

Previously, he has worked in London as both a youth worker for the children’s charity Barnardos and an academic translator (French and English).

During his studies of Political Science at Warwick University, he spent a year in Paris at which he worked first in press relations at Publicis Consultants and then at the World Heritage Centre of UNESCO.

Outside of work, he is a keen traveller and recently cycled from London to Serbia.