I would remind you that extremism in the defense of liberty is no vice. And let me remind you also that moderation in the pursuit of justice is no virtue. 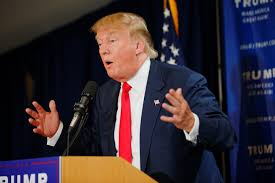 Sometimes, I think this country would be better off if we could just saw off the Eastern Seaboard and let it float out to sea.

Source: The 2016 U.S. Election: A Possible Repeat of the 1964 Election? | Global Research – Centre for Research on Globalization