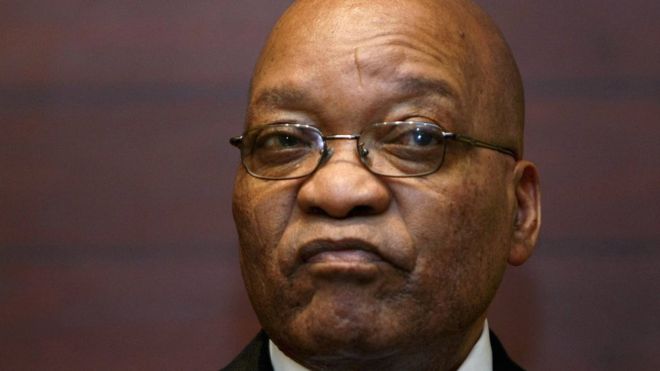 A South African court has refused permission for President Jacob Zuma and prosecutors to appeal against its ruling that he should face corruption charges over a 1999 arms deal worth billions of dollars.

There were “no merits” in the argument requesting an appeal, it ruled.

In April, the court said a 2009 decision to drop the 783 charges against Mr Zuma was irrational.

He has always denied taking bribes over the arms deal…