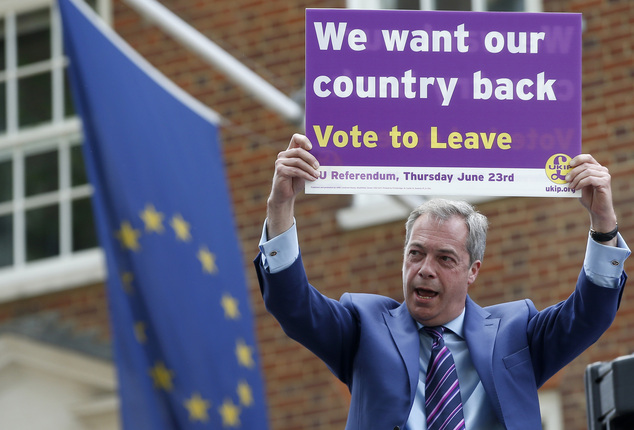 BRUSSELS (AP) — When Britons decide next week whether to leave the European Union the question will be simple: yes or no. Actually leaving would be far more complicated, rather like a drawn-out, painful and possibly bitter divorce.

Opinion polls suggest it could go either way on June 23, when Britain chooses whether to leave the 28-nation bloc it joined in 1973, with undecided voters likely to make the difference.

As luck would have it, a new and never before used “exit clause” in the EU’s rule book allows any member to withdraw. On paper, it looks straightforward. But of course it’s not. And should it be time to say goodbye, the way the process unfolds will have deep ramifications for Britain and probably influence what happens to the EU down the road, experts say…

Follow us: @MailOnline on Twitter | DailyMail on FacebookSource: Brexit: Britain leaving the EU could be a messy divorce | Daily Mail Online