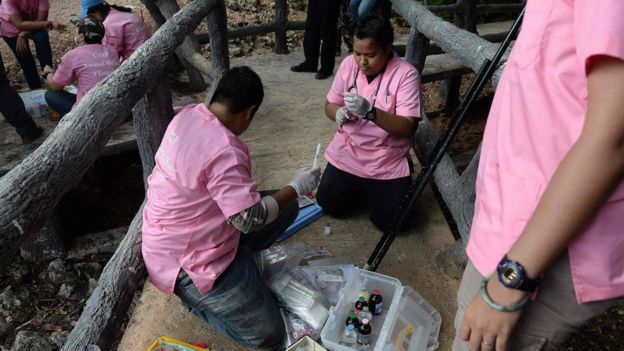 Wildlife authorities in Thailand are removing tigers from a controversial Buddhist temple after accusations of wildlife trafficking and animal abuse..

Three of the 137 tigers at the temple in Kanchanaburi province were moved on Monday. The 1,000-personnel operation will last all week.

The monks, who deny all allegations, resisted at first but gave in when presented with a court order…