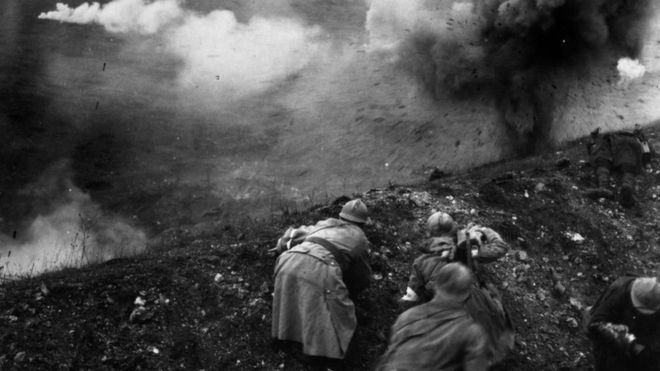 The French and German leaders mark the 100th anniversary of Verdun, the longest battle of World War One and one of its most brutal..

France and Germany have marked the 100th anniversary of the World War One battle of Verdun in north-eastern France with a call for European unity.