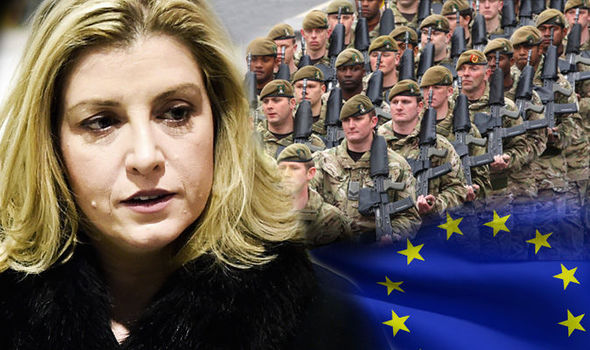 THE Minister in charge of Britain’s military has become the first member of the Government to confirm that if the UK remains under Brussels control it will be forced to join an EU army..

Armed Forces Minister Penny Mordaunt made the warning following revelations in the Daily Express that the Lisbon Treaty obliges Britain to join the EU Army.