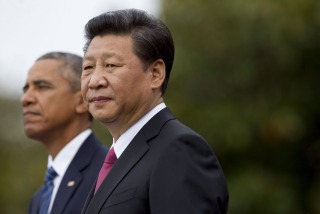 Beijing: A cornerstone of the Obama administration’s foreign policy, the United States’ strategic ‘pivot’ to Asia has long been seen by Beijing as a cynical ploy to counter its rise.

This week Barack Obama made history by announcing the lifting of a decades-old US arms embargo on Vietnam, its former Cold War enemy, a move sure to raise eyebrows in China.

Entering the final months of his presidency, Obama is in Vietnam and Japan to underscore Washington’s commitment to the region, putting potential flashpoints in Sino-American relations squarely back in focus. So what are the areas of US-China disagreement?…

Source: China and US tensions: what are the sticking points