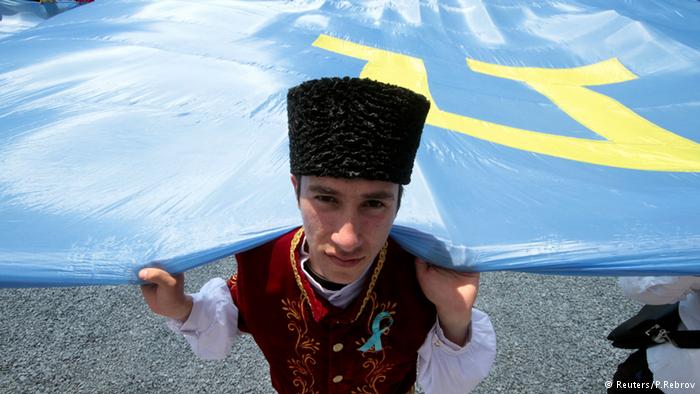 Over two years have passed since Russia annexed Crimea.

Tatars are feeling increasingly insecure in their homeland on the Black Sea peninsula.

Up until about a year ago, Zera Emir-Suin was one of the most well-known television journalists on the Crimean Peninsula.

With her sly smile and sharp tongue, she is known as one who fights for what is right.

Her fellow Crimean Tatars would call her up and ask for help.

And many of them got it through her TV show…